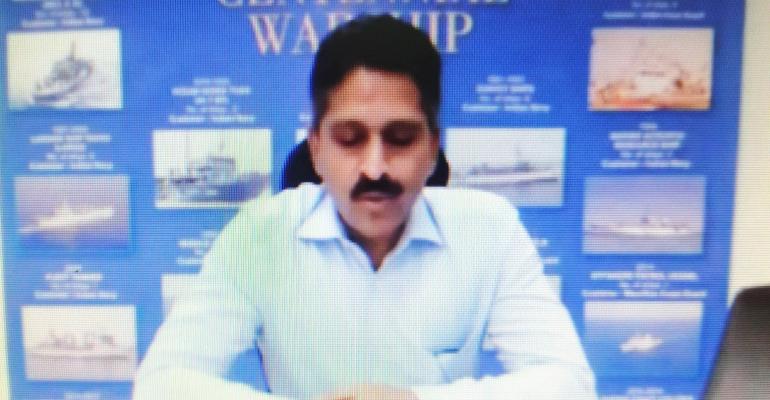 The gains were largely led by a few key government initiatives intended towards incentivising the shipping sector, including a reduction in GST from 18% to 5% on bunker fuel used in Indian flag vessels, providing cargo support to the Indian shipping industry through right of first refusal (RoFR), bringing parity in the tax structure of Indian seafarers, removal of licensing requirements for chartering of foreign-registered ships for encouraging coastal movement of several items.

India’s Shipping Ministry recently directed the 12 major ports owned by it to procure tug boats from Indian sources under the ‘Make in India’ initiative promoted by Prime Minister Narendra Modi.

The Ministry further proposed the setting up of a Standing Specifications Committee under the management of the Indian Ports Association, and comprising representatives of Cochin Shipyard (CSL), Shipping Corporation of India (SCI), Indian Register of Shipping (IRS) and the Directorate-General of Shipping (DGS).

“In spite of these incentives, Indian shipbuilding has been going through an extremely difficult period,” said Madhu Nair, chairman and managing director of the state-run CSL, one of the few profitable shipyards in the country.

“Many of the erstwhile profitable yards, like Bharati Shipyard and ABG Shipyard, have, in the aftermath of the global financial meltdown following the Lehmann Brothers closure, either shut shop or are facing imminent closure. The Indian private shipbuilding industry has virtually collapsed, and badly needs to be revived.”

The CSL chief said that new technologies had come in, especially from countries like Japan, South Korea and China which, between them, accounted for 85% of the ships built in the world.

The seven-year shipping cycles of crests and troughs that we in the shipping industry have traditionally looked at are a thing of the past,” said Nair. “This is a completely new animal, and needs to be treated differently.”

Nair said that the need of the hour for shipyards was to strike a fine balance between shipbuilding and shiprepair, and between the commercial and defence sectors. CSL is currently on the point of delivering the first domestically built aircraft carrier to the Indian Navy.

“What we need to see is whether, over the next five years, we in India can build vessels of acceptable quality which can be delivered within the specified time frames and at competitive prices that can compare with those of the industry leaders,” he said.  “I fear that the global market has become very clannish, and we have to look closely at our own domestic market for growth.”

Nair lamented the fact that the defence sector had not been treated well in the Vision 2030 document; and hoped that the lacuna would be plugged as the draft document took shape and form.