A look at the future of shipbuilding 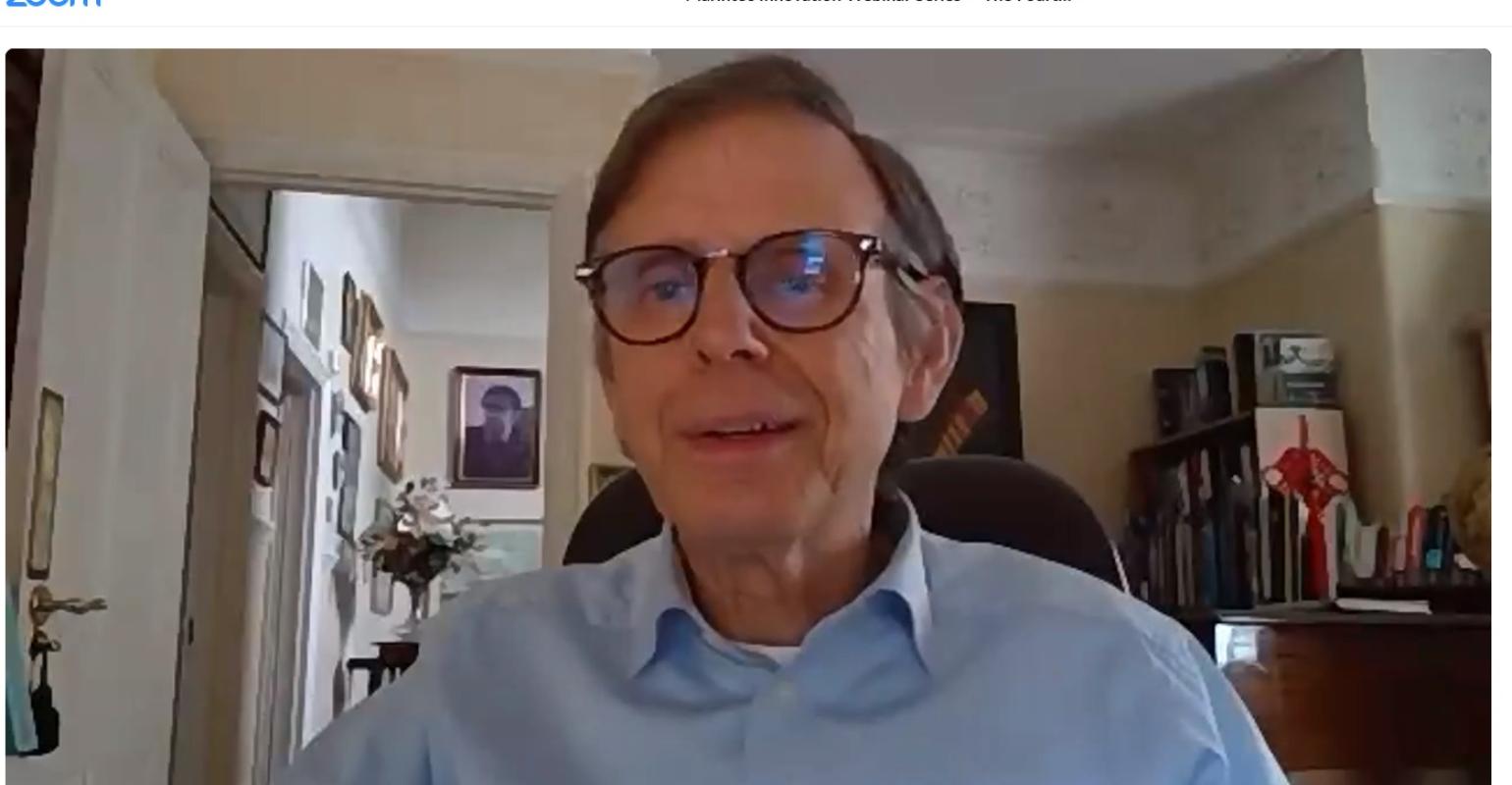 Dr Martin Stopford was able to elaborate on his recent whitepaper ‘Three Maritime Scenarios 2020 – 2050: Coronavirus, Climate Change & Smart Shipping’ as keynote speaker in the first of a series of Innovation Webinars organised by Marintec China yesterday.

To recap, the first scenario envisages world trade continuing to grow at its historical (last 50 years) average of 3.2% per annum and ships utilising a design speed of 14 knots, resulting in an annual shipbuilding requirement (fleet replacement plus expansion) of around 230m dwt a year by 2050.

The second sees slower trade growth of 2.2% pa - based on less heavy manufacturing and reduced transport of fossil fuels – and a lower average speed of 12 knots (roughly as at present), resulting in an annual shipbuilding requirement of just under 200m dwt a year by 2050.

The third predicts sluggish trade growth of 0.7% pa and what Stopford dubs a ‘high ECO speed’ of 10 knots, resulting in an annual shipbuilding requirement (fleet replacement plus expansion) of around 170m dwt by 2050. 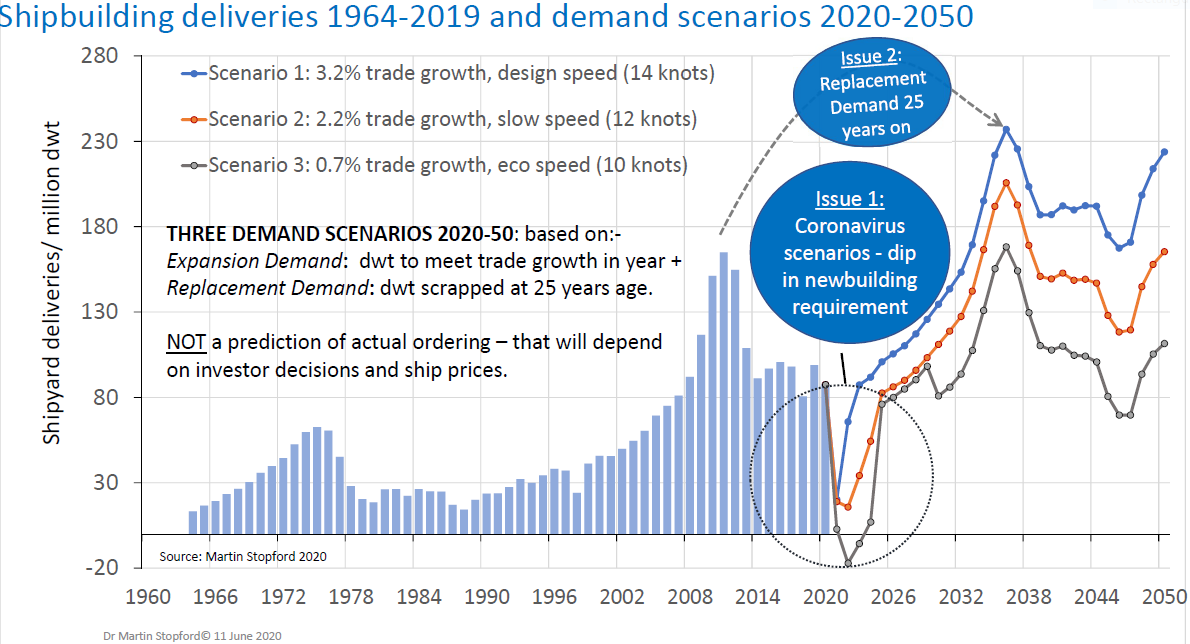 Any scenario will have to contend with three additional issues, Stopford continued, namely a short-term dip in newbuilding orders over the next few years due to the impact of Covid-19; high demand for replacement tonnage due to peak in the 2030s (assuming a 25-year ship life); and the need for lower emission ships to meet climate change objectives.

Technologies of the 4th Industrial Revolution (I4) need to be incorporated into new ships under whatever scenario to achieve “better cost and revenue performance than is possible today,” he recommended. For example, onboard cabling could be replaced with a ship Control Area Network (CAN) integrating Electronic Control Units (ECU) for different systems.

Chris Chung of Wärtsilä responded by pointing out the importance of cyber governance and security issues in greater adoption of automation and data, as well as the need to convince shipowners of the advantages and ensure any new vessels they order are “future-proof”.

Alf Kare Adnanes of ABB observed that many of the new technologies required do already exist but in standalone form and it is their “integration” that is lacking. Shipowners also need to upgrade their shore-based systems, he said, in order to make maximum use of the data which he described as “key” to the I4 revolution.

Addressing the role Chinese yards could play in building ships of the future, Li Xin of CSSC / SDARI pointed out that his group was already focused on adopting advanced technologies and automation. But “new infrastructure” is also needed, he added, welcoming China’s focus on 5G technology which he said “can empower shipbuilding capacity and efficiency, and reduce costs.”