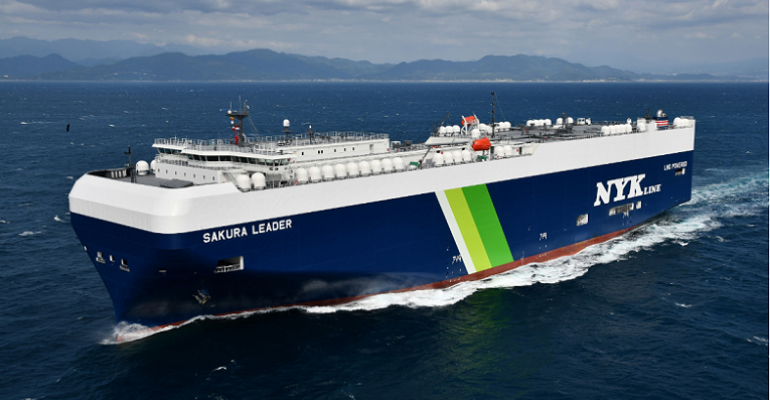 NYK has inked orders for 12 LNG-fuelled car carriers to be built at shipyards in Japan.

The Japanese shipowner has signed a Memorandum of Understanding (MoU) to build six ships each at Shin Kurushima Dockyard and Nihon Dockyard.

NYK’s first LNG-powered PCTC was delivered in October last year and with the 12 newbuildings it has committed to have a fleet of 20 LNG-fuelled car carriers by 2028,

“NYK aims to further advance to zero-emission vessels utilising marine fuels that have a lower environmental impact, such as hydrogen and ammonia, from around 2030. For the moment, NYK is positioning LNG fuel as a bridge solution until future zero emission ships can be realised,” the shipowner said.