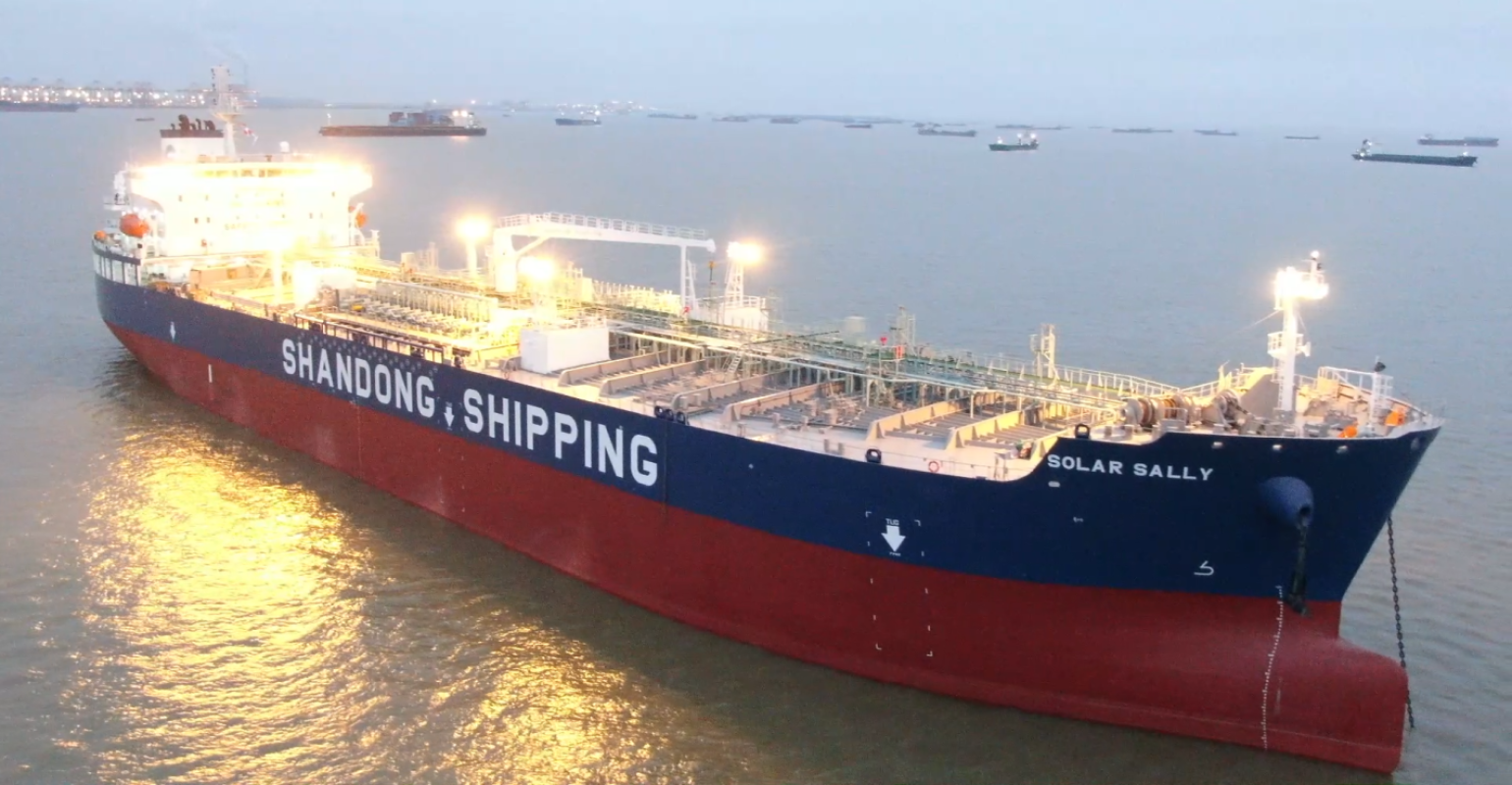 Solar Sally was delivered to Shandong Shipping on April 23 2021
Shandong Shipping signed a letter of intent (LOI) for the construction of 10 50,000 dwt tankers as it took delivery of the first of a separate series of eight tankers for charter to Shell.

The 50,000 dwt IMO II tanker Solar Sally was handed over at a delivery ceremony on April 23 at Jiangsu New Times Shipbuilding Co. in Jiangsu Province, China. Solar Sally is the first in a series of eight tankers ordered at New Times Shipbuilding by Shandong Shipping in 2019. The ships will all be chartered to shell for eight years on delivery and will be jointly inspected by China Classification Society and DNV. The owner and yard named the second vessel in the series Solar Cheryl.

The LOI signed on April 23 was for a further 10 50,000 dwt IMO II refined oil/chemical tankers. Shandong Shipping said the vessels would “further expand Shandong's shipping capacity, enhance Shandong's long-term revenue stability and sustainable profitability, and consolidate its advantages of scale in the field of petrochemical transportation.”

Yangzijiang splashes out $513m for shipbuilding, equipment expansion in Jiangsu
May 10, 2021