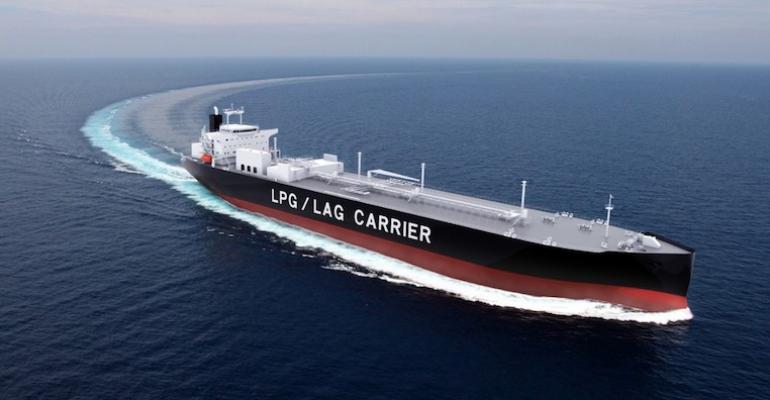 Japanese shipbuilder Mitsubishi Shipbuilding, a part of Mitsubishi Heavy Industries (MHI) Group, has completed the conceptual design of a very large gas carrier (VLGC) initially powered by LPG but adaptable to future use of ammonia as the main fuel.

The shipbuilder has also received approval in principle (AIP) from classification society ClassNK for the design.

The design is expected to allow relatively small-scale ship retrofitting when the use of ammonia fuel becomes a viable option.

Mitsubishi Shipbuilding’s newest VLGCs, in addition to using LPG fuel as an alternative to the conventionally prevalent heavy oil, can also transport ammonia as cargo. As such, the company’s VLGCs are said to be highly suited to using ammonia fuel in the future.

Mitsubishi Shipbuilding has been undertaking investigations into the potential use of ammonia fuel in VLGCs as one means of achieving carbon neutrality in the global marine industry by 2050.

In November 2021, the company joined forces with Namura Shipbuilding and Mitsui OSK Lines (MOL) to develop a large-size ammonia carrier powered by ammonia. The shipbuilder has announced its plans to further advance the technology and commercialise the ammonia/LCO2 carrier in cooperation with marine-related corporations and petroleum development corporations