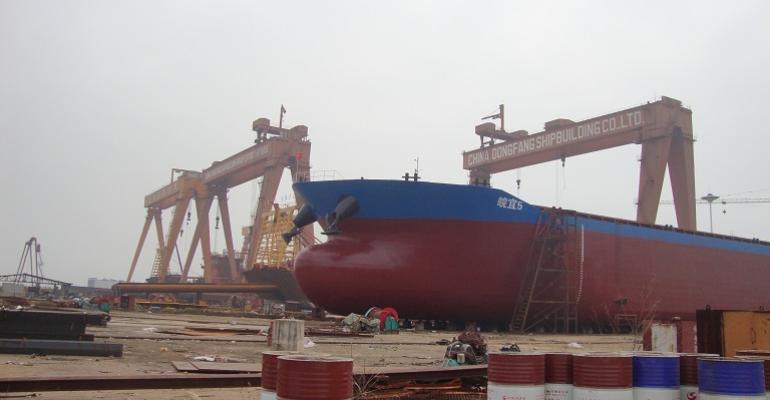 China Dongfang Shipbuilding’s assets are going to be auctioned online this month.

The shipyard had declared bankruptcy at the beginning of this year and some of its assets and properties will be auctioned on 22 November.

Established in 1986, the shipyard fast expanded its scale after the year of 2000, and had a shipbuilding capacity of over 200,000 tonnes. It was one of the largest private shipbuilding companies in Zhejiang province.

Due to shortage of cash caused by production base expansion combined with a lack of shipbuilding orders, Dongfang Shipbuilding was declared bankrupt and closed down.