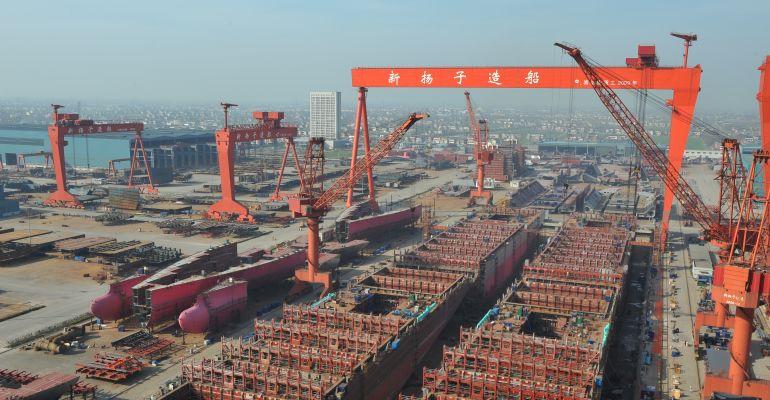 The three major shipbuilding indexes of China maintained strong growth during the first three quarters of this year.

According to the statistics released by China Association of the National Shipbuilding Industry (CANSI), China’s shipbuilding output for January to September was 30.34m dwt, an increase of 6.2% year on year; the newly received orders were 54.156m dwt, surged 223.3%.

As the end of September, China’s shipbuilding output, newly received orders and orders on hand accounted for 45.6%, 53.2% and 47.3% of the global shipbuilding market share, respectively.

The statistics from China’s General Administration of Customs showed that, export ship volume for the first three quarters was 3,698 vessels, an increase of 13.1% year on year.