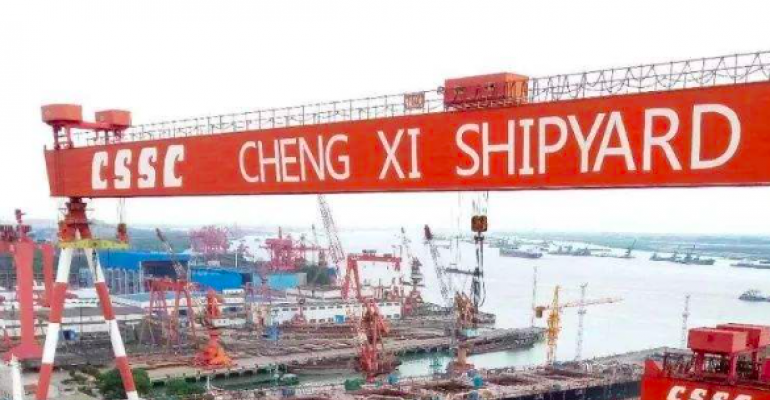 The surge in newbuilding orders at Chinese shipbuilders has been maintained across the first eight months of 2021, up some 227.2%.

Three major shipbuilding indexes of China maintained growth during January and August. According to the statistics released by China Association of the National Shipbuilding Industry (CANSI), China’s shipbuilding output for January to August was 26.26m dwt, an increase of 9% year on year; the newly received orders were 49.11m dwt, surged 227.2%.

As the end of August, Chinese shipyards’ orderbook on hand was 91.47m dwt, increasing 26% year on year.

Shipbuilding export volume, new orders for export and export orders on hand accounted for 93.9%, 89.8% and 88.6% of national volume respectively.

As the end of August, China’s shipbuilding output, newly received orders and orders on hand respectively accounted for 44.4%, 51.8% and 46.5% of the global shipbuilding market share.