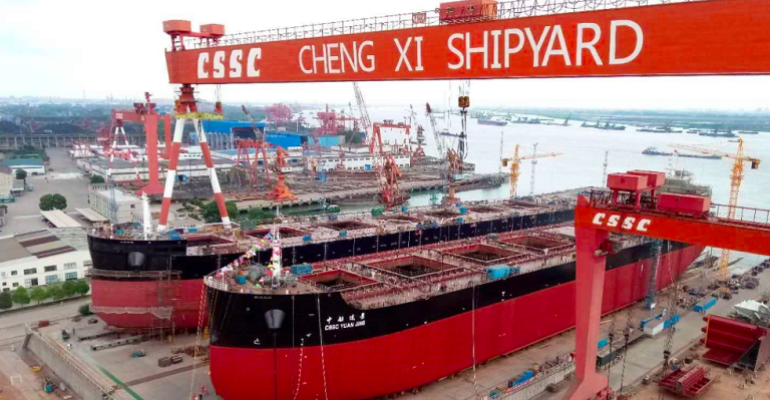 During the first two months of this year newbuilding orders received by China dropped 17% year-on-year, bringing to an end 12-months of growth in 2021.

Shipbuilding export volume, new orders for export and export orders on hand accounted for 92.8%, 99.3% and 88.8% of national volume respectively.

According to CANSI as of the end of Feb, China’s shipbuilding output, newly received orders and orders on hand respectively accounted for 49.9%, 49% and 47.7% of the global shipbuilding market share.