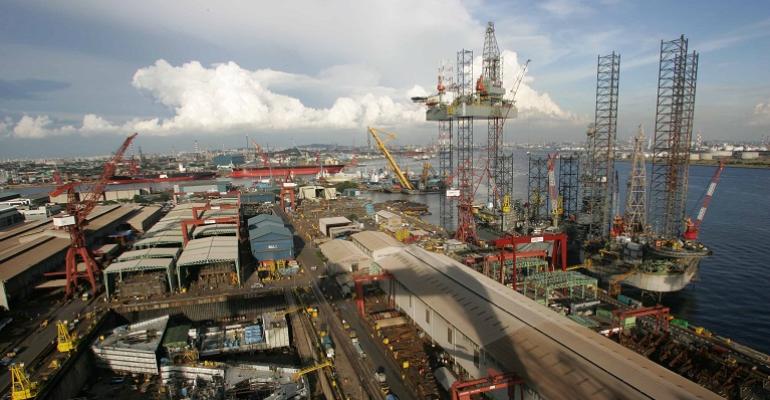 Sembcorp Marine (Sembmarine) will now be acquiring Keppel Offshore & Marine (Keppel O&M) in a restructuring of the two company’s merger which is designed to simplify the transaction.

Releasing its Q3 results on Thursday Keppel Corp said it had signed revised agreements with Sembmarine on the transaction.

The merger would now be structured as an acquisition of Keppel O&M by Sembmarine with the latter becoming the “combined entity” owning both its current business and the offshore and marine business of Keppel.

Related: Keppel O&M returns to the black ahead of merger

“This is a simplified transaction that eliminates the requirement for a separate Combined Entity to be interposed as the listed entity holding both Keppel O&M and Sembcorp Marine,” Keppel said in a statement. The revised structure would no longer require court approval for the transfer of listing status from Sembcorp Marine to the newly combined entity.

Loh Chin Hua, CEO of Keppel said, “With recent improvements in the offshore & marine market, the case for the proposed combination of Keppel O&M and Sembcorp Marine to create a stronger and larger player has been further strengthened.”

He said the revised terms would, “allow the proposed combination to be completed more quickly, and for the Combined Entity to realise synergies from the combination”.

Keppel’s legacy rigs have been placed in a separate Asset Co for potential sale separate of the merger and the Asset Co transaction will no longer be conditional on the outcome of the proposed combination.

Under revised terms the exchange ratio between Keppel and Sembmarine has been revised downwards to 56:44 to 54:46 respectively lowering the value of equity shares Keppel

“While the exchange ratio for Keppel has been lowered slightly, this is still a very positive outcome for Keppel and its shareholders. In addition, Keppel secured improved terms in the Asset Co transaction, especially the delinking of the Asset Co transaction from the proposed combination, which allows Keppel to press forward with our plans to resolve the legacy rigs and associated receivables, regardless of the proposed combination,” Loh said.

It is aimed to complete the transaction by the end of 2022.

With the rebound in the offshore marine market after a prolonged slump Keppel O&M’s orderbook at the end of Q3 was at its highest level since 2007. In the first nine months of 2022 Keppel O&M secured SGD7.9bn of new orders, bringing its net orderbook to SGD11.6bn.