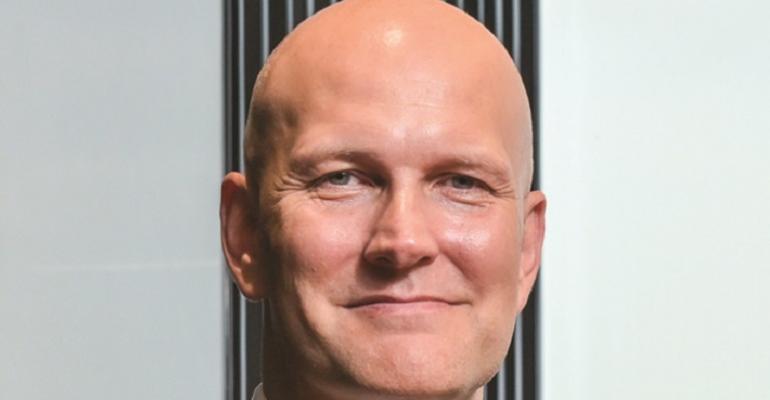 Thomas Knudsen of Toll Group
Global supply chain disruption is set to last at least another 12 months, and could run through all of 2023, according to Toll Group Managing Director Thomas Knudsen.

Speaking to Seatrade Maritime News last week during Singapore Maritime Week, Knudsen sees a combination of factors in play, including continued congestion in the US west coast and a possibility of a port labour dispute, the Covid situation in China, and a lack of new container tonnage coming into the market, that will prolong disruption and keep rates high.

On how long the disruption will continue, he said: “I would say if you're optimistic, 12 months, if you're not, it could be all of 2023 also. I don't think 2023 will be as bad as 2022, but I'm sure rates will remain elevated, and you'll keep on not being able to rely on a seamless supply chain.” As a global logistics provider Toll operates at 500 locations in 25 countries and has a global forwarding network spanning 150 countries.

Related: Supply chains adapting to disruption, but there may be more to come

Looking to the US West Coast, where port congestion reached an all time high at Los Angeles and Long Beach ports in 2021, despite vessel queues shifting away from the coast and a reduction in container dwell times, Knudsen sees little fundamental change in the situation.

“But the situation hasn't changed, in my view, not fundamentally. And some of the underlying factors such as lack of truck drivers, lack of chassis, low productivity, and so on haven't changed,” he said. The market has also seen some improvement at what is normally the slowest time of year.

On top of these issues there is a massive backlog building in Shanghai as the city of 25m people, and home to the world’s largest container port, continues to be almost entirely locked down against Covid. While Shanghai has managed to maintain operations at the port with workers, living and sleeping at terminals, trucking, warehousing and factory production have seen much greater impact.

A highly efficient port such as Shanghai would recover relatively quickly but the resultant surge in volume would shift rapidly to US import terminals. “So, when all these ships arrived in LA, what we saw 12 months ago, is just going to be even worse this time because of that massive release of capacity coming out of China,” Knudsen explained. On top this possible labour disruption is looming in July/August in US West Coast ports as unions and employers negotiate new contracts.

The current drop in spot container rates is being seen by some that the market is improving from a customer perspective, but Knudsen does not believe this is the case.

“My view is that prices will come back up. As soon as a Shanghai opens up and suddenly you get these massive bottlenecks opening up in other places,” he said. “I think prices are going to be elevated. They're [customers] are going to keep on relying on a supply chain that's broken, so disruptions, lack of predictability, I think everything they've struggled with the last one - two years is going to be the same.”

So, what should customers do? Knudsen believes they should plan for disruption for at least another 12 months. He recommends diversifying modes of transport within the supply chain. “My view would be you probably need to interject sea/air, you might have to interject and pay a little more for air freight to compensate for some disruptions.

The near sourcing of components will also become part of the story, not a large-scale shift away from China, but reducing reliance where items can be sourced locally, even if the cost is higher.

Looking out into 2023 Knudsen warns supply disruption could well roll through Chinese New Year, with some resolution being seen by March next year, however, even then there is relatively little new containership capacity coming into the market next year with the influx in newbuildings ordered in the last 18 months only arriving from 2024.