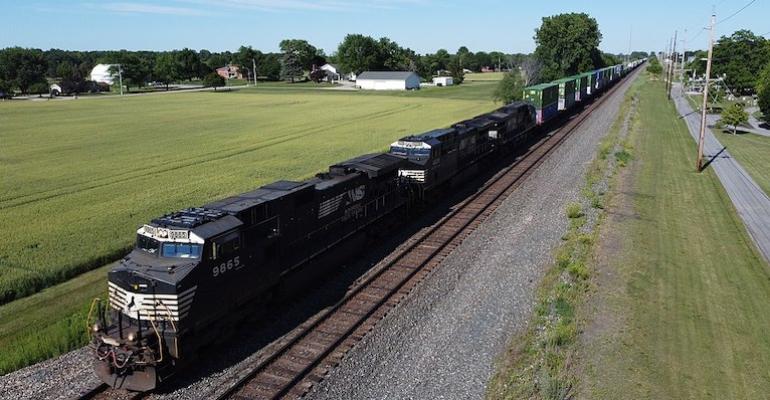 As the threat of US rail strike from Friday looks ever more real carriers have stopped accepting hazardous and refrigerated cargoes.

Supply chain participants’ eyes are focused on a possible upcoming strike by workers at the largest US railroads, and already concerns about the inability of US exporters to obtain containers set to commence on Friday, 16 September.

As of Monday 12 September OOCL said that acceptance of some cargoes of a more sensitive nature had been halted.

“Due to this possible service interruption, the majority of rail vendors have communicated that they will be taking precautions to manage hazardous, refrigerated, or other security-sensitive cargo(s). As a result, they are implementing a proactive measure to temporarily not accept these type of cargoes effective Monday, September 12, 2022,” OOCL said in circular to customers.

Rail carrier Norfolk Southern said in service alert: “Most importantly, we must ensure that no hazardous material or freight that requires special security is left on an unattended train out on the network in the event of a sudden strike.  To prevent this, we must begin issuing embargoes for certain types of shipments beginning today, which includes rail security-sensitive material (RSSM) and certain time-sensitive shipments outlined in the embargo.”

On Wednesday, the 14 September, conversations were continuing between labor unions and railroads- with the US Department of Labor hosting meetings in Washington, D.C. with no reports of progress.

There will be impacts on bulk shipping as well as the container sector. Shipments of agricultural goods, including grains and fertilizer are now being halted in advance of the possible strike.

Meanwhile, on Capitol Hill, sparring continues between Republicans- who proposed a bill to force both sides to accept a proposal from a Presidential board, and Democrats, who voted it down.