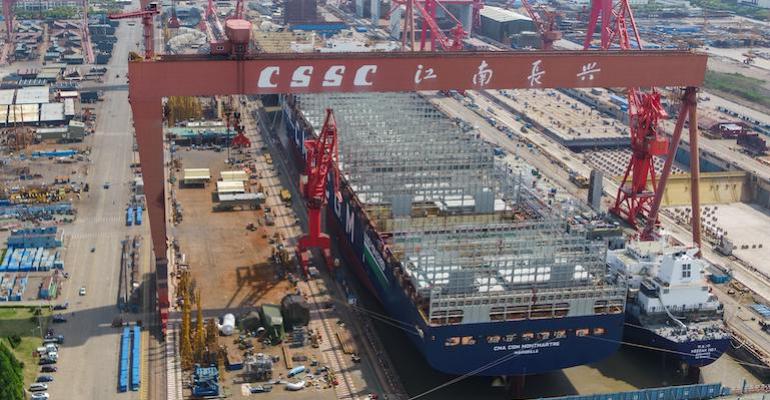 In 2022 Chinese yards inked 49% of global newbuild orders for dual-fuel green vessels, increasing by 24% comparing with the number in the year earlier.

According to statistics from China Association of the National Shipbuilding Industry (CANSI), the global market share of newly received green vessel orders had been increased from 30% in 2021 to 51% in 2022. Methanol fuel was becoming popular and 43 newbuilds were using methanol fuel in 2023.

Related: LNG still the most popular alternative fuel by far