Cold ironing will be normal in Europe in 1-2 years 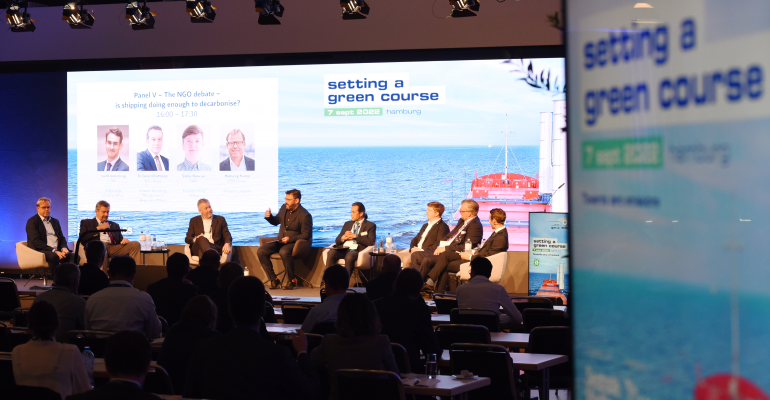 Onshore power supply for vessels in port will soon be commonplace in Europe, but there remain challenges to be met.

Across the day of conference sessions at the global maritime environmental congress (gmec) at SMM, cold ironing or onshore power supply (OPS) was discussed repeatedly as a path to lower carbon emissions from ships and better air quality around port areas.

Hansjörg Kunze, AIDA Cruises VP Communication said he expects cold ironing to be commonplace in Northern Europe within the next two years, but that current high energy prices pose a challenge for the industry.

“[OPS] is very good for the population and for our reputation, of course. No one really expected that we would have to discuss the price for this green power,” said Kunze.

Shore power is so expensive now and there are concerns about the ability of grids to supply the demands of ships in port, he added. AIDA is committed to exploring the benefits of shore power, which played a part in its decision to install a 10Mwh battery aboard one of its vessels, AIDA Prima.

The battery will improve efficiency on the vessel by optimising the diesel-electric system and taking on power from shore when necessary and available.

Kunze noted one example where the capacity of the shipping industry outstripped the capacity ashore. AIDA has been cold ironing in California since 2014, starting at 50% with a target of 100% in 2023. A recent heatwave in California has led to a decree from the governor banning ships from taking on shore power as energy is needed on land.

Claudia Müller, Co-ordinator for the Maritime Industry and Tourism, at the German Federal Ministry for Economic Affairs and Climate Action said Kunze’s example showed the urgency with which renewable energy capacities need to be ramped up.

“If we have a big cruise ship and all the container ships in the port plugging in, that is quite something on the grid. So, we also have to look at the power grids, working with redundancies, working with batteries and making sure that we keep the grid in a stable position,” said Müller.

From a port’s point of view, ambitions have been set high, said Eric van der Schans, Director Environmental Management, Port of Rotterdam. “At the Port of Rotterdam we have about 300Mw of wind power, and that’s about the maximum we can do in the port. We expect to import from the North Sea directly about three to four gigawatts by 2030,” said van der Schans.

Guntermann added that the source of onshore power for cold ironing is important, as using electricity on a cruise ship from a coal-fired power plant ashore creates a vicious circle.