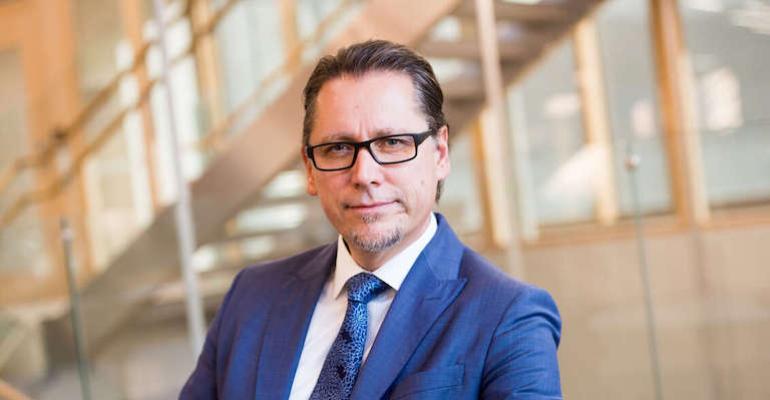 DNV has called on governments to make ‘significant policy interventions’ on hydrogen development as a matter of urgency.

In a new report, Hydrogen Forecast to 2050, the classification society predicts that as things stand, hydrogen’s share of the energy mix will be just 0.5% in 2030 and only 5% by 2050. To meet Paris Agreement targets, hydrogen would need to meet at least 15% of energy demand by the middle of the century, DNV estimates.

Remi Eriksen, Group President and CEO of DNV, declared: “Hydrogen is essential to decarbonise sectors that cannot be electrified, like aviation, marine, and high-heat manufacturing, and should therefore be prioritised for these sectors.

“Policies do not match hydrogen’s importance,” he continued. “They will also need to support the scaling of renewable energy generation and carbon capture and storage (CCS) as crucial elements in producing low-carbon hydrogen.”

In the short run, CCS can be used to capture emissions from blue hydrogen, produced from natural gas. About 30% of hydrogen is likely to be made in this way by 2030, DNV estimates. Over time, however, blue hydrogen will lose its competitiveness as renewable energy capacity increases and prices drop.

Related: MAN and DNV team up on hydrogen, digitalisation and decarbonisation

When sufficient renewable electricity becomes available to produce green hydrogen – taking the chemical element out of water by electrolysis – it will become the dominant form of production. However, vast amounts of renewable energy will be required sufficient to provide power for electrolyser capacity of 3,100 GW. That is more than twice the total installed generating capacity of solar and wind today.

In terms of capital investment, DNV estimates that spending on producing hydrogen for energy purposes will be $6.8trn between now and the middle of the decade. An additional $180bn is likely to be spent on pipelines, some of which will be adapted from today’s natural gas pipeline, with another $530bn needed for building and operating ammonia terminals.

Hydrogen is unlikely to be widely traded, however, due to the high costs of liquefaction and its low energy density, DNV said. It is more likely to be shipped by sea as ammonia which is more stable and in which there is already significant trade by sea.