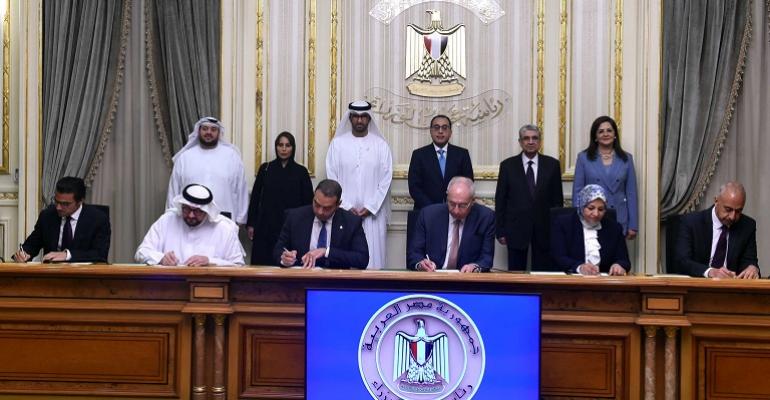 A group of Egyptian state entities led by the General Authority for Suez Canal Economic Zone (SCZone) has signed a series of MoUs with Emirati and Egyptian renewable energy companies for the development of green hydrogen production plants in the Suez Canal area.

Egypt is anxious to burnish its environmental credentials as a way to stimulate progress on projects to develop Egypt’s industrial hinterland around the Suez Canal, with six ports and four industrial zones forming the core of SCZone’s plans, after progress to capitalize on a 2015 canal reboot that saw the introduction of new channels, and widening and deepening of the existing waterway, was slow.

After the UK hosted the United Nations Climate Change Conference, COP26, in Glasgow, Scotland, in 2021, the Middle East will play a major role hosting future deliberations, with COP 27 taking place at Sharm El Sheikh, Egypt, in November 2022, and COP28 scheduled for 2023 in Dubai, UAE.

“In the first phase of the project, Hassan Allam Utilities and Masdar aim to establish a green hydrogen manufacturing facility, which would be operational by 2026, producing 100,000 tonnes of e-methanol a year for bunkering in the Suez Canal,” said Amr Allam, ceo, Hassan Allam Holding.

“The electrolyser facilities in the Suez Canal Economic Zone and on the Mediterranean could be extended to up to 4 GW by 2030 to produce 2.3 million tonnes of green ammonia for export as well as supply green hydrogen for local industries.”

Last week, Egypt signed agreements with EDF Renewables of France, and AMEA Power UAE, an affiliate of Abu Dhabi’s Al Nowais Group, in another set of projects with green credentials.

“[The aim of the EDF MOU is] to establish a project to produce 350,000 tons of green fuel annually in the Sokhna area through two phases, with investments of $3bn. The work will begin in the first phase with a production capacity of 140,000 tons for ship bunkering purposes. Commercial operation will take place in the first quarter of 2026,” said SCZone chairman, Eng. Yehia Zaki.

“The second MOU, with AMEA Power, aims to produce green ammonia and hydrogen in Sokhna, with a production capacity of 240,000 tons annually in the first phase of the project.” 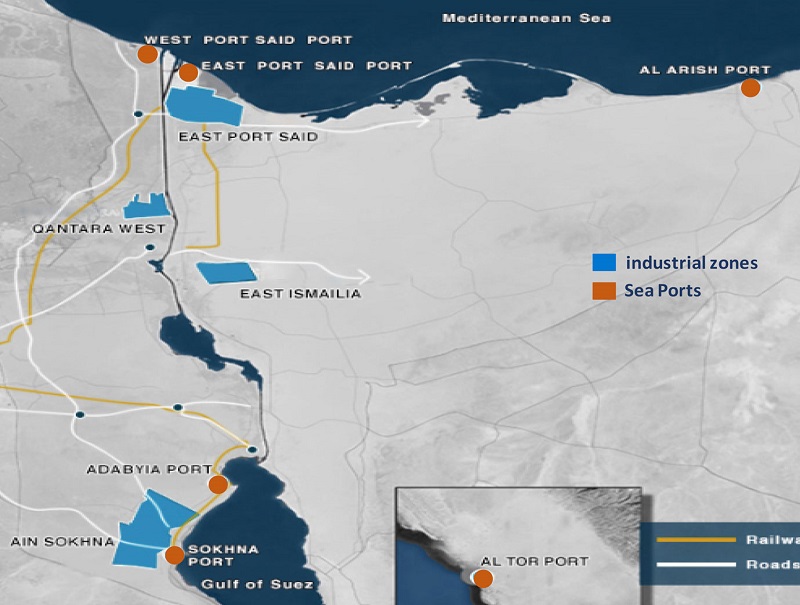 Last month, Egypt hosted a three-day workshop with AP Moller-Maersk officials in Cairo, to discuss bilateral cooperation in green fuel industries, and in particular the implementation of projects for the production of green methanol and green ammonia, with the integrated industrial zone in Sokhna, located near the southern entrance to the Suez Canal, being considered as a possible project site.

“We are committed to moving quickly in the green fuel direction. Maersk will continue to work extensively with a group of leading companies to accelerate the urgent transition to green energy in Egypt.” Morten Christiansen, vp, head of decarbonisation projects, was quoted as saying in an SCZone press release.

Located at either end of the canal, Egypt’s ports of Sokhna and Port Said are seen as the launch pad for a new set of industrial clusters that will promote sorely needed international investment.

Podcast - In Focus: Acting now on decarbonising shipping
May 26, 2022