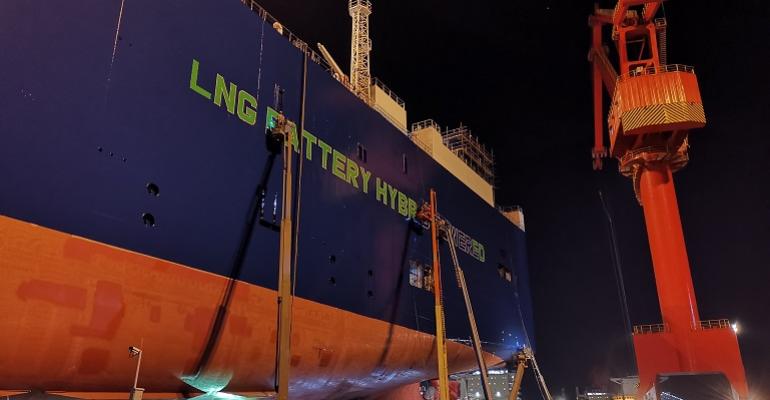 There are how 805 LNG-fuelled ships in operation or on order, and 229 more ‘LNG-ready’ ships, according to the latest Alternative Fuels Insight from classification society, DNV.

Excluding LNG carriers, many of which use reliquefied boil-off gas as fuel, car and passenger ferry operators have been quick to adopt LNG as a fuel, with 46 ships already in operation and seven more on order, according to the DNV analysis.

However, containerships will soon take a strong lead. The 35 boxships already operating on LNG will soon be joined by 172 new ones, taking the total to 207, more than twice the number of the next largest ship group. Surprisingly, perhaps, car carriers come in second place, with eight already in operation and no fewer than 95 more on order. Car carrier operators have faced significant pressufe from their car manufactuer customers to reduce emissions.

In other major groups, there are 87 crude oil tankers that run on LNG, either in operation or under construction; 70 oil/chemical tankers; and 62 bulk carriers.

The DNV analysis notes the uptake of other fuels including methanol, LPG and hydrogen, and breaks down the profile of scrubber installations so far. There are currently 4,485 ships fitted with scrubbers: most have been installed on bulk carriers (1,659), containerships (1,121), crude tankers (678) and oil/chemical tankers (573).