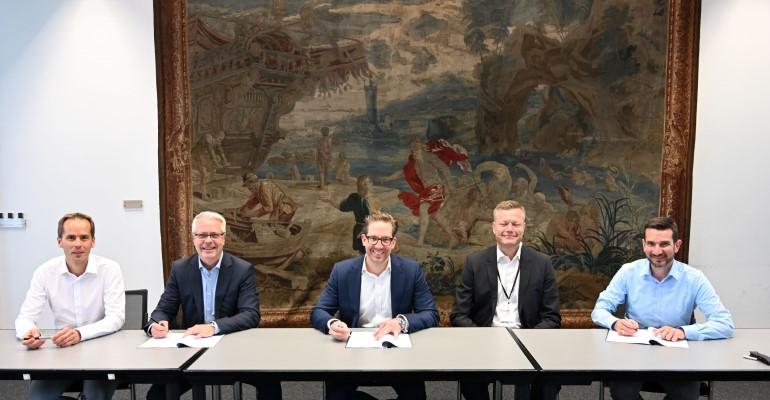 MAN Energy Solutions, Stena and Proman have signed an MoU to retrofit MAN 48/60 engines to run on dual-fuel diesel/methanol.

Under the terms of the agreement, the partners will assess the viability of running the engines on diesel and methanol. If the feasibility study is successful, a second phase would see the engines retrofitted, commissioned, and tested, with the potential for commercialisation in stage three.

The deal has been struck between MAN Energy Solutions and Stena’s in-house R&D outfit Stena Teknik along with methanol producer Proman. Stena and Proman have multiple projects underway around developing methanol as a marine fuel.

Stefan Eefting, Head of PrimeServ Germany, signed the MoU on behalf of MAN Energy Solutions, and said: said: “Methanol has great potential as a future-fuel and is clean, efficient and safe to work with. It offers significant greenhouse-gas reductions, and is even net-zero when produced from renewable energy sources. I’m certain that many interested parties will be watching this retrofit’s progress.”