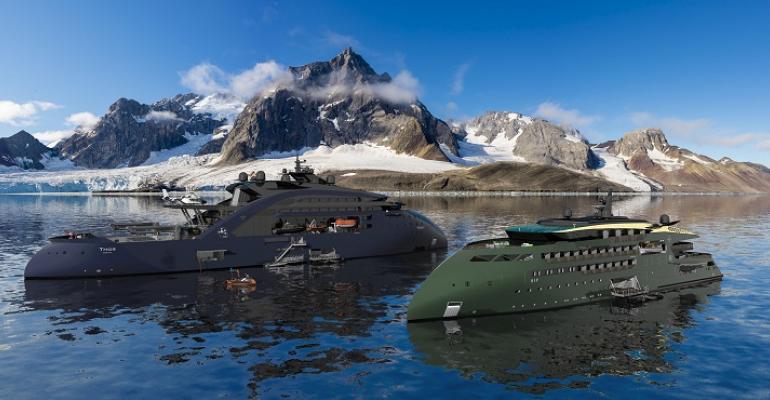 As shipping wrestles with the decarbonisation challenge, the curtains have lifted on a carbon-free technology that is tried, tested, and available today.

However, the exciting part is that the technology could also be applied in the commercial shipping sector. Not only is the Thorium process safe, available and proven, but it is likely to work out substantially cheaper than green fuels currently under development, according to experts in the field. Furthermore, in a commercial shipping context, it does not require complex and expensive bunkering infrastructure in countless ports around the world.

Ulstein’s concept is based on a 149m-long vessel, Ulstein Thor, which could enable cruise vessels, and potentially cargo ships in the future, to recharge batteries at sea, enabling zero-emissions operation. The company’s conceptual Ulstein SIF is a 100-person expedition cruise vessel, which together with other ships, could operate entirely on electrical power. The ships’ batteries would be recharged from the Ulstein Thor unit.

Observers question the cost. But analysis by specialists wave this concern. Commenting on the Ulstein initiative, Professor Jan Emblemsvåg of the Norwegian University of Science and Technology and a specialist in Thorium and nuclear power generation, said: “I see this as the most viable, and potentially the only credible solution, for a zero-emission fleet that can operate under commercial terms and cost levels. The Thor concept is exactly the kind of innovation we need for sustainable success at sea.”

There is growing interest in maritime around the potential of small-scale MSR reactors, either as floating facilities to produce green fuels such as ammonia or hydrogen, or directly as onboard power plants to fuel vessels.

Denmark’s Seaborg recently announced a partnership to build floating compact nuclear power plants and has eye on produce green fuels for ship bunkering, as well as power generation. UK-based Core-Power is planning floating offshore reactors using MSR technology to produce green ammonia, which could be used in shipping, as well as plans for atomic propulsion for vessels.