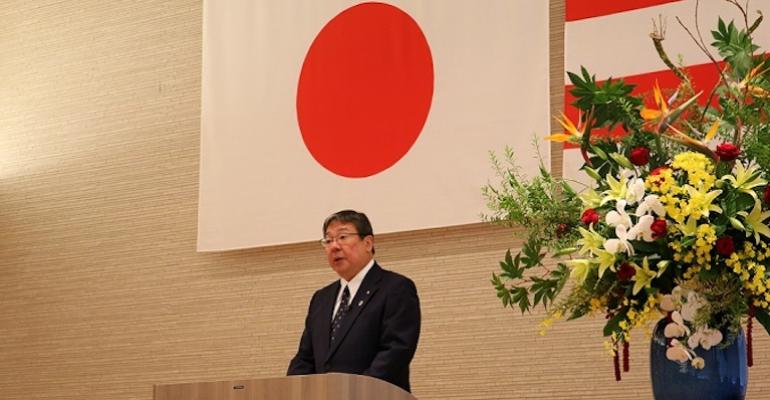 Reducing greenhouse gas (GHG) emissions is a top priority for NYK in a new mid-term business plan until 2030.

Speaking on NYK’s 137th anniversary President Hitoshi Nagasawa said that the new medium-term plan the company wants to advance its ESG management. He said the first key point in the new plan was to reduce GHG emissions.

“The NYK Group currently emits about 17 million tons of GHGs per year. We are heavily responsible for these emissions and will eventually have to bear the costs, such as carbon taxes,” Nagasawa said.

In future he believes customers will choose to work with companies that “earnestly” work to reduce emissions and as such it could form a growth strategy.

The second key point is strengthening corporate governance. “Transparent decision-making and thorough compliance measures remain critical. Our group has performed exceptionally well for the past two to three years, with no major scandals. The fact shows that strengthening governance is extremely important,” he said.

The third point relates the work environment and creating one where “staff can work with a high level of awareness and spontaneity in terms of human rights, gender, work style, and workplace environment”.

NYK’s existing medium-term plan runs to the end of this year. “Thanks in part to the favorable turn of the business environment, we have almost achieved the goals of this medium-term plan and are now working on the formulation of the medium-term plan starting from the next fiscal year. The period covered will be until around 2030,” Nagasawa said.

He highlighted that container Ocean Network Express (ONE) a joint venture with Mitsui OSK Lines and K Line continued to “perform extremely well”.

Wabtec to advance electrification of vessels in HYPOBATT project
Nov 23, 2022