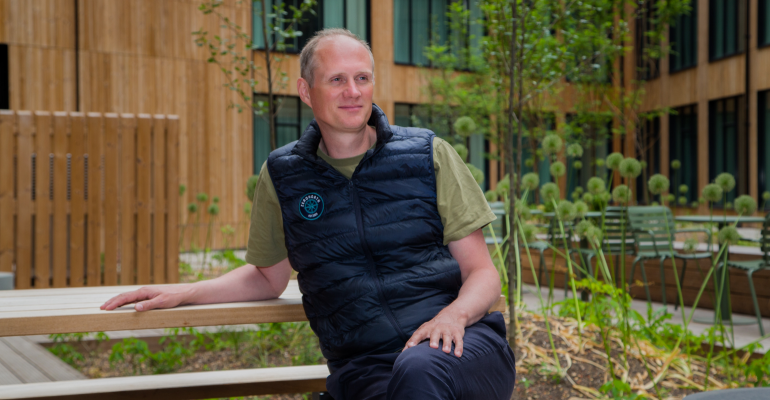 The fragmented vessel optimisation sector can bring more savings and efficiency gains through partnerships and standardisation, according to one leader in the space.

Speaking to Seatrade Maritime News, ZeroNorth CEO Søren Christian Meyer said that the savings on offer from improving operational efficiency were so large that start-ups and small companies could survive by serving one or two clients, but greater improvements and savings were possible as scale increased.

“The real benefit of software comes when you aggregate a lot of data. The more data you're getting, the more the algorithms are learning from each other and that needs scale. I think that that's really what ZeroNorth is about, it’s actually a huge investment to generate this this scale and not by doing it on our own,” said Meyer.

ZeroNorth is an independent company launched by Maersk Tankers with a focus on increasing efficiency in tramp shipping. Launched in January 2020, the company now has 13 clients covering around 1,600 vessels and estimates an increase to customers’ net annualised value by $50m in the coming year.

Meyer said that despite the of the fleet it covers, the maritime industry is huge and so partnerships are key to ZeroNorth’s strategy so that it can leverage more data to improve its value to customers.

Meyer expects that in the future there will be a few select companies with solutions that are preferred by the market, but the ability to share data and interact will be necessary for success. “It comes back to partnership, because I don't think one platform can build everything on its own. You need to have a platform and then people can tap into that and utilize that data platform to build into their own solutions, thereby collaborating and partnering up for the wider industry,” said Meyer.

Parallel to its ambitions for scale, ZeroNorth have launched an initiative to introduce a standardised approach to measuring vessel fuel consumption. A working group has already met four times this year and released a draft benchmark to allow owners and operators to assess the accuracy of their fuel consumption models.

Fuel consumption models are the basis for predicting and calculating fuel efficiency improvements, and so improvements in models’ accuracy will bring greater efficiency gains as well as a level playing field to compare efficiency tools.

“You need to be able to compare the different solutions on equal grounds. There are a lot of other areas which need standardisation, but this one for us and the partners engaged was the vital one.”

With so many companies involved in creating fuel models and taking different approaches, the working group aims to make it possible to assess the accuracy of each solution.

“What we’re saying, together with industry leaders, is let's agree how we measure apples to apples, and then people can begin to optimise their solutions to make them better. When we optimise towards the same target, well, we know that things will improve and we as an industry move forward,” said Meyer.

While IMO and other parties are a vital part of the standardisation and regulation puzzle, Meyer sees an opportunity for the industry to lay the foundation for later regulatory work.

“We can't wait for the whole industry to agree or for some regulatory bodies to release standards. We have to act now. We're not saying it's slow work; it’s important work and it’s important things are done through the right processes, but that shouldn't stop us from doing something in the short term. I think those two – industry action and the work of regulatory bodies - actually go hand in hand and they support each other very well,” said Meyer.