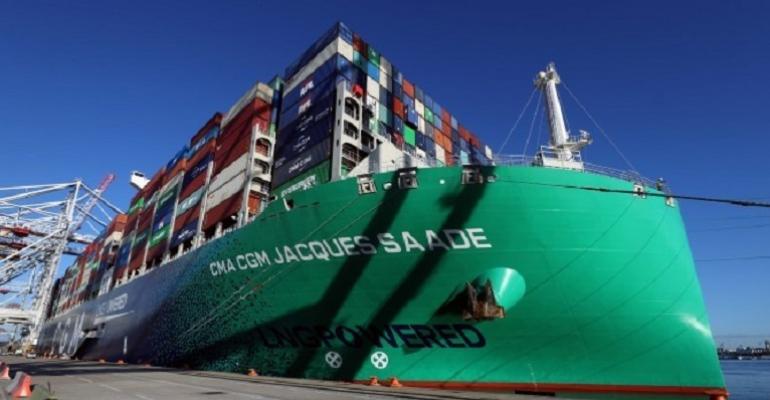 As the number of new vessels capable of using LNG for fuel continues to grow, University College London’s UCL Energy Institute has warned of a risk of ‘stranded assets’ in shipping, with potential losses of up to $850bn by 2030.

A safer investment strategy, according to lead author Marie Fricaudet, a PhD student, and Dr Tristan Smith, Reader in Energy and Shipping, would be to order conventionally fuelled ships designed for retrofits to zero-carbon fuels when they become available.

In a study timed to coincide with a Marine Money conference taking place in New York this week during New York Climate Week, the authors warn that the LNG-capable fleet could be competing with zero-emission vessels by the end of the decade, with asset values seriously compromised as a result. LNG-capable vessels might have to be depreciated over shorter periods as a result.

Contracts for LNG-capable newbuildings have shot up recently, with 65% of ship deliveries between now and 2025 capable of running on LNG, up from just 10% a couple of years ago. “Yet the size of the LNG-capable fleet … is currently small, therefore there is still time to anticipate regulatory and technology developments and manage exposure to a class of assets that may be particularly exposed to stranded value risk,” the report said.

“The longer we leave the LNG transition running and then switch, the more painful it will be and technology lock-in during this crucial decade will create more resistance to change later,” commented Fricaudet. The risk of stranded assets could raise the cost of shipping’s decarbonisation process and create resistance to aligning shipping’s performance with the goal of keeping global warming below 1.5°C.

However, the researchers identified a number of future fuel scenarios depending on variables including zero-carbon fuel technology, asset development, and fuel availability. The report called upon policy makers for urgency and clarity in the development of future regulations, especially around when and how methane emissions will be considered, to help investors in both existing ships and newbuilds consider and anticipate the potential impact of regulation.

The report’s findings are in marked contrast to some of shipping’s own analysis which has concluded, in many cases, that doing nothing today is not an option. LNG is a significantly cleaner hydrocarbon fuel than conventional marine bunkers. A significant number of owners, as well as DNV, the world’s largest classification society, are supporting LNG as a transition fuel.

Ships designed as LNG-capable today, transition advocates point out, will be able to use drop-in fuels and potentially switch to eLNG and bioLNG when they become available at scale.