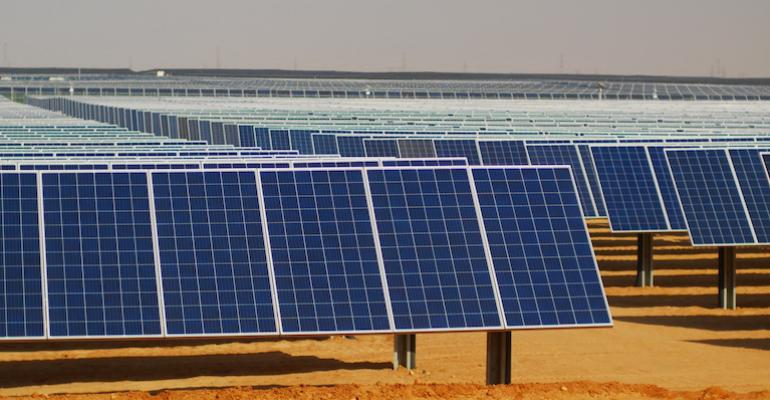 Globeleq, an independent power company focused on Africa, has signed an MoU with four Egyptian government entities to create a green hydrogen facility at the Suez Canal Economic Zone.

It said it had signed agreements with the New and Renewable Energy Authority (NREA), the General Authority for Suez Canal Economic Zone (SCZONE), the Sovereign Fund of Egypt for Investment and Development (TSFE), and the Egyptian Electricity Transmission Company (EETC), to jointly develop the large-scale green hydrogen facility.

“Globeleq, as lead developer and investor, will develop, finance, build, own and operate the green hydrogen project,” it said. “It will be developed in three phases, totalling 3.6 GW of electrolysers and around 9 GW of solar PV and wind power generation.”

Globeleq is a British investor, 70% owned by British International Investment (BII) and 30% by Norfund, respectively the UK and Norway’s development finance institutions. It says its goal in Egypt is to support its renewables strategy by developing new solar PV, wind, battery energy storage, seawater desalination and green hydrogen projects.

“The first phase will involve a pilot project using a 100 MW electrolyser, and will initially focus on green ammonia fertilisers, while considering other end-uses of green hydrogen in the medium and longer term, including green fuels,” it said. “Globeleq intends to enter into long-term off-take agreements with leading and creditworthy Egyptian and international companies, while supporting their decarbonisation plans.”

BII said Globeleq was the largest private developer, owner and operator of independent power plants in sub-Saharan Africa, with a generation capacity of more than 1,400 MW in eight locations in six countries.

“Bold and rapid collective action is required to put the world on a sustainable pathway. Egypt is a key country for Globeleq, and we are excited to support the Government of Egypt’s ambitious green agenda and contribute to the fight against climate change,” Mike Scholey, Globeleq CEO.

Earlier this year, Egypt hosted a workshop with Maersk officials in Cairo, to discuss bilateral cooperation in green fuel industries, and in particular the implementation of projects for the production of green methanol and green ammonia.

“The new agreement with Globeleq is a continuation of our commitment to implement Egypt’s vision in the transformation to a green economy,” said Waleid Gamal Eldien, Chairman of SCZONE. “The Egyptian government has ambitious energy transition plans, in addition to hosting COP27 [in November], and active steps are being taken to make SCZONE a major hub for green hydrogen.”

Globeleq is a participant in the Nubian Suns projects, which comprise 13 solar power plants located at the Benban Solar Park, near Kom Ombo, Egypt. BII said that when complete, Benban would be the largest solar power installation in the world, with up to 1.65GW capacity and 32 solar plants.