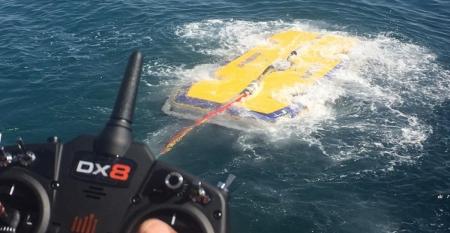 IMO in new three-way partnership to combat biofouling
Nov 26, 2018
The International Maritime Organization (IMO) is one of three partners in a new project launched this week to combat biofouling and the negative impacts of the transfer of aquatic species.

What do pharmaceuticals have to do with a solution for hull fouling?
May 03, 2018
From environmental regulations to saving fuel there are many reasons why reducing the level of fouling a ship’s hull is something that owners and manager seek to do.

New solution for biofouling inspired by pitcher plants
Jan 17, 2018
Nanotechnology research has resulted in a potential new environmentally-friendly solution to the age-old problem of biofouling.

Bulker DL Marigold expelled from New Zealand over bio-threat from hull
Mar 07, 2017
A Korean-owned bulk carrier has been ordered to leave New Zealand waters after its hull was judged to be threat to bio-security.