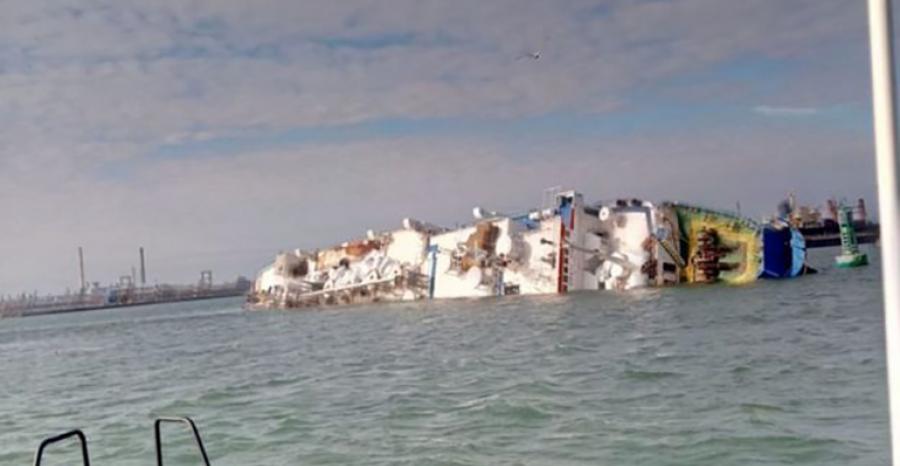 Cemfjord fatal casualty 'could have been avoided' - MAIB
Apr 21, 2016
The fatal capsizing of the cement carrier Cemfjord off the north of Scotland in January 2015 was almost certainly due poor passage planning and a resulting decision not to seek shelter according the UK’s Marine Accident Investigation Branch (MAIB).

Industry welcomes EU '10-point-plan' on people smuggling
Apr 21, 2015
Following the loss of hundreds of lives, industry groups have praised the decision to call an extraordinary session of EU leaders on Thursday to address people smuggling in the Mediterranean.

Many hundreds feared dead after another migrant vessel capsizes
Apr 20, 2015
A vessel carrying as many as 700 migrants has capsized in Mediterranean, with “hundreds” of lives feared to have been lost.

400 feared dead in migrant vessel capsize
Apr 15, 2015
The capsizing of a migrant boat off Libya is feared to have claimed over 400 lives, Save the Children reports.

BH Global confirms employee died in China tugboat tragedy
Jan 20, 2015
Singapore-listed BH Global has confirmed would its employees died onboard the tugboat that capsized during sea trials in China...

China tugboat sinking leaves 22 dead
Jan 17, 2015
The bodies of all 22 missing from when a tugboat capsized on sea trials on the Yangtze River on Thursday have been recovered.

Search fails to find missing crew of capsized Cemfjord
Jan 05, 2015
Search and rescue operations on Sunday failed to find the missing crew of cement carrier Cemfjord that capsized in the Pentland Firth in the north of Scotland.