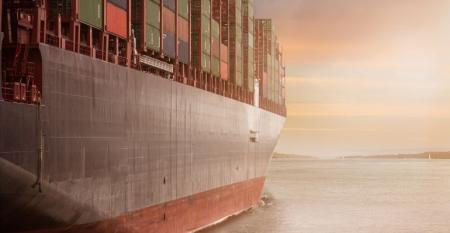 SITC orders up to 12 container vessels from Yangzijiang
Aug 31, 2020
SITC International Holdings Company has placed an order for up to 12 feeder boxships from China’s Yangzijiang...

Deltamarin lands ice-class boxships design deal in China
May 30, 2017
Deltamarin, ship design and offshore engineering group, has announced that three container vessels ordered by Eimskip and Royal Arctic Line for construction in China will be based on the group’s design.

Eimskip orders two ice-class boxships for $64m in China
Jan 26, 2017
Eimskip has confirmed an order for a pair of 2,150-teu ice-class container vessels from China Shipbuilding Trading Company and Guangzhou Wenchong Shipyard at a price of $64m in total.

Reederei NSB widens panamax boxship
Apr 22, 2015
Reederei NSB has successfully widened panamax containership MSC Geneva in what is claimed to be the first project of its kind...

China Cosco disposes of 17 boxships and bulkers
Jan 09, 2015
State-owned China Cosco Holdings has announced the disposal of 17 vessels with a combined tonnage of 919,853 dwt.

Megaships loom large on container market dynamics
Nov 20, 2014
The trend towards megaships is not only inevitable, but ongoing and lower rates as a consequence of the big injection of capacity next year will incentivise container lines to chase down their costs in the lower rate environment, said Bank of...

CSAV names its largest ever vessels
Oct 30, 2014
CSAV christened a pair of 9,300 teu boxships on Wednesday in South Korea, the largest vessels in its history to enter the company’s fleet.