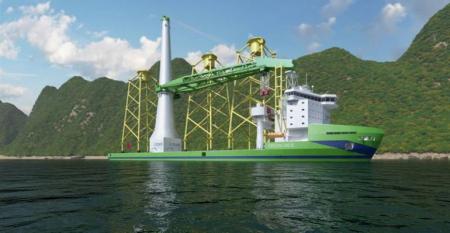 CSBC completes scrubber retrofit on OOCL boxship
Jul 10, 2019
Taiwan’s state-owned shipbuilder CSBC Corp has completed an installation of a scrubber into a 13,000-teu...

Two workers die in shipbuilding accident at CSBC yard
Apr 17, 2017
Two workers have died at Taiwan’s CSBC shipbuilding site in Kaohsiung on Saturday while they were working on a semi-submersible heavylift ship, according to an announcement by the local authority.

CSBC sinks to full year loss of $52m
Mar 29, 2017
Taiwan’s state-owned shipbuilder CSBC Corp has sank into the red in 2016 against the backdrop of challenging conditions in the shipbuilding industry.

CSBC lands order for two 1,800 teu boxships
Jun 02, 2016
Taiwan’s shipbuilder CSBC Corp has inked a deal to build a pair of feeder container vessels with an option for one more unit.