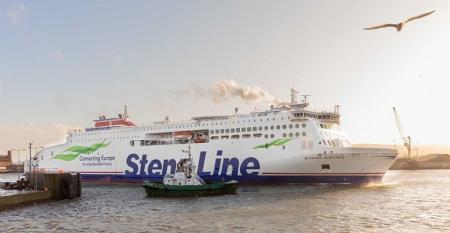 Vital sectors lead national efforts to achieve Saudi Vision 2030
Feb 28, 2019
Leading government authorities such as Saudi Customs and Saudi Ports Authority (Mawani), as well as major companies such as Bahri and Saudi Aramco Marine Department, which play a key role in the implementation of the latest development initiatives...

UK ports and Brexit - ready or not?
Feb 05, 2019
Prepared or not prepared? That’s quite a question. According to a survey on preparedness for Brexit by Odgers Berndtson, only 16% of about 100 UK ports and harbour authorities have made any ‘significant or practical’ plans for Brexit, but 59%...

24-hour Customs clearance a big step in making Saudi Arabia a logistics hub
Dec 20, 2018
If only to exploit its unique location at the mouth of the Red Sea, Saudi Arabia, under a new liberal and progressive regime...

Ports and Brexit: A sign of queues to come?
Nov 21, 2018
Those arriving for the UK Major Ports Group’s (UKMPG) annual parliamentary reception could be forgiven for drawing some...

Intellian opens up in Shanghai
Apr 19, 2018
Satellite communication antenna provider Intellian has opened up an office in Shanghai to be close to one of the world's largest shipbuilding markets.

KS Energy claws back $14.8m from Indonesian customs
Jul 14, 2017
Singapore’s KS Energy announced that it will recover around SGD20.3m ($14.8m) that it had previously paid for import duty and fine to the Indonesian customs, in relation to the importation of a jack-up drilling rig.
Load More