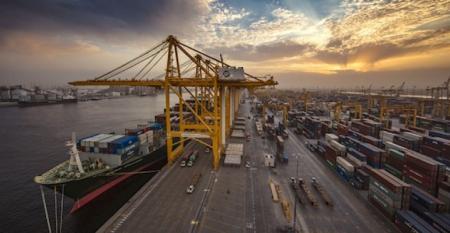 DP World reports volume growth of 3.5% in Q2
Jul 28, 2022
DP World has handled 20.2m teu across its global portfolio of container terminals in the second quarter of 2022 with flagship Jebel Ali...

DP World and Angola ink MoU to develop logistics sector
Feb 03, 2022
DP World and the Government of Angola have signed a Memorandum of Understanding (MoU) with the aim of cooperating to further...

DP World to develop container port in Banana, Congo
Dec 17, 2021
DP World and the Government of the Democratic Republic of the Congo (DRC) have signed a Collaboration Agreement for the development of the deepsea port at Banana.
Load More