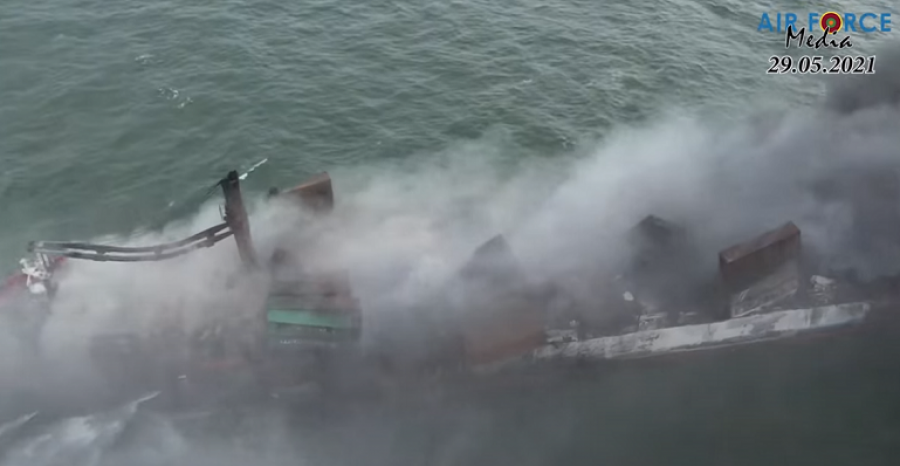 Hull of X-Press Pearl intact says shipowner
May 31, 2021
The fire onboard the boxship X-Press Pearl off Sri Lanka has been reduced and salvors have confirmed the hull of the vessel is intact.

Lawsuit filed against dredging firm over worker's ‘horrific’ burns
Sep 07, 2020
A lawsuit has been filed in Nueces County, Texas, on behalf of Jose Cantu, a worker who was “seriously injured...

All four bodies recovered from sunken dredger Waymon L Boyd
Aug 25, 2020
US Coast Guard (USCG) and salvage crews have retrieved the bodies of the two remaining missing crewmembers on...

Two dead, two missing from dredger fire in Corpus Christi, USCG calls off search
Aug 24, 2020
The US Coast Guard (USCG) has called off the search for two remaining missing crew from the dredger Waymon L Boyd, which caught fire and sank in the Port of Corpus Christi, while the bodies of two others were recovered.

All 18 crew safe after fire on Japanese-owned tanker off Singapore
Nov 07, 2019
All 18 crew of Panama-flagged tanker Hoyu are all safe after a fire broke on the vessel in Singapore waters today.

Fire damaged Yantian Express finally reaches Port of Halifax
May 21, 2019
The Yantian Express is expected to to start discharging undamaged containers in the port of Halifax, Nova Scotia over four and half months after it was hit with cargo fire in the Atlantic while sailing to the Canadian port.