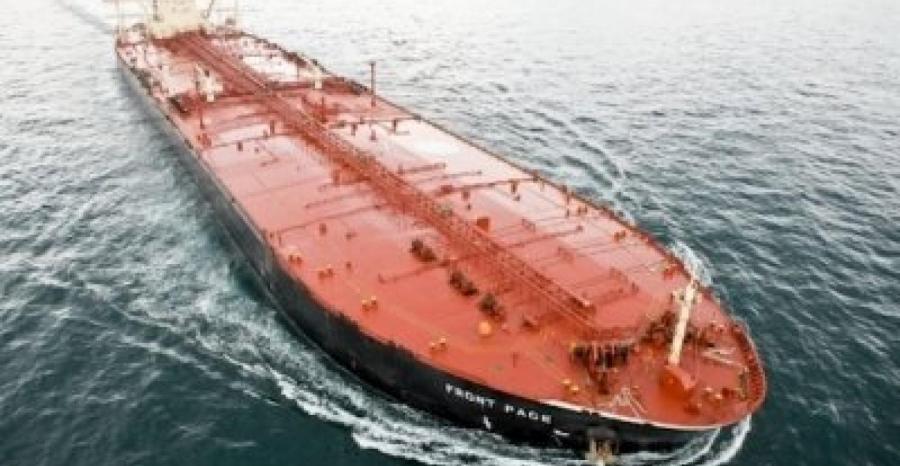 Frontline seals $544m financing with ICBC for 10 suezmaxes
Nov 28, 2019
Tanker owner Frontline has sealed a sale-and-leaseback deal worth up to $544m with China’s ICBC Financial...

Frontline spends $186m on VLCC resale and two LRs newbuilds
Jun 21, 2019
John Fredriksen’s Frontline has boosted its tanker fleet with an acquisition of a VLCC resale and an order for two LR2 ships.The VLCC has been acquired at a purchase price of $92.5m, and the LR2s have been ordered at a price of $46.7m per vessel...

Front Altair crew heading home or back on vessel ahead of repairs
Jun 19, 2019
The tanker Front Altair damaged in an attack in the Gulf of Oman last week will undertake a ship-to-ship transfer its cargo before heading for repair.

Frontline ups scrubber installations to 40% of fleet
Nov 02, 2018
John Fredriksen's Frontline is installing scrubbers on another 12 vessels bringing the tanker owner to 20 ships that will be...

Meeting the 2020 sulphur cap - Frontline opts for scrubbers, buying stake in manufacturer
Jun 28, 2018
John Fredriksen's Frontline has become the latest big name to commit to scrubbers as part of the solution meet the 2020 sulphur...

Frontline eyes opportunities in weak tanker market
Aug 30, 2017
John Fredriksen’s flagship tanker firm Frontline expects to see attractive M&A prospects in the second half the year on the back of weaker markets.