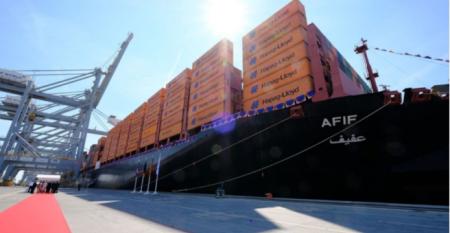 Hapag-Lloyd targeting quality, profitability and selected growth
Apr 18, 2019
When Hapag-Lloyd unveiled its ‘Strategy 2023’ towards the end of last year, it was based on the premise that the container shipping...

Hong Kong maritime industries looking ahead to sustainable growth
Nov 28, 2017
There are various factors as to what make good shipping centres, and a panel at the Mare Forum in Hong Kong...

Amsterdam ports report 1.3% transhipment growth, exports up 25%
Aug 19, 2015
North Sea Canal ports of Amsterdam, Ijmunden, Beverwijk and Zaanstad have recorded 1.3% year-on-year growth in transhipment cargoes throughout the first half of 2015.

Hamburg sees 6.8% H1 container growth despite delays
Aug 18, 2014
The Port of Hamburg has reported a 6.8% year-on-year increase in container handling in the first half of 2014, despite average...

Port of Hamburg posts 6% nine-month growth
Nov 14, 2013
The Port of Hamburg trounced regional volume growth averages during the first nine months of 2013 with a year-on-year growth of 6%.