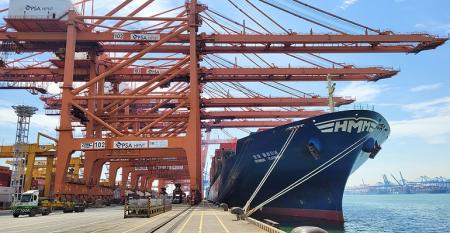 In Pictures – HMM Nuri first call in Port of Hamburg
May 18, 2021
The first in Korean container line HMM's new series of eight 16,000 teu containerships the HMM Nuri made its maiden call at the Port of Hamburg.