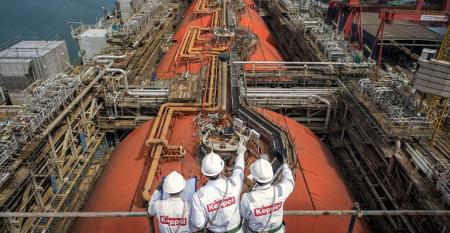 Keppel and Sembmarine in talks on combining offshore and marine businesses
Jun 24, 2021
One of the longest speculated mergers in Singapore marine – a bringing together of Keppel Offshore & Marine and SembCorp Marine – moved a...

Keppel to exit rigbuilding, focus on energy transition
Jan 28, 2021
Keppel Offshore & Marine (Keppel O&M) is planning to exit the offshore rigbuilding business and focus on the...

Keppel settles with Sete Brasil over $4.9bn in rig newbuild contracts
Oct 07, 2019
Nearly five years after payments stopped being made by Sete Brasil to Keppel Offshore & Marine for six semi-submersible rig newbuildings a resolution has been reached which will see the Singapore shipyard owning four of the uncompleted rigs, and...
Load More