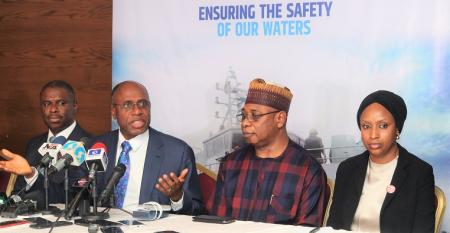 Nigeria suspending operations of secure anchorage
Feb 04, 2020
Nigeria has suspended the secure anchorage, a private initiative used by merchant ships for protection from piracy, and vessels will have...

Updated: Pirates kidnap three from tanker in Malacca Straits
Apr 23, 2014
A Japanese tanker was attacked by pirates in the Malacca Straits early Tuesday morning who stole much of its cargo and kidnapping three crew.