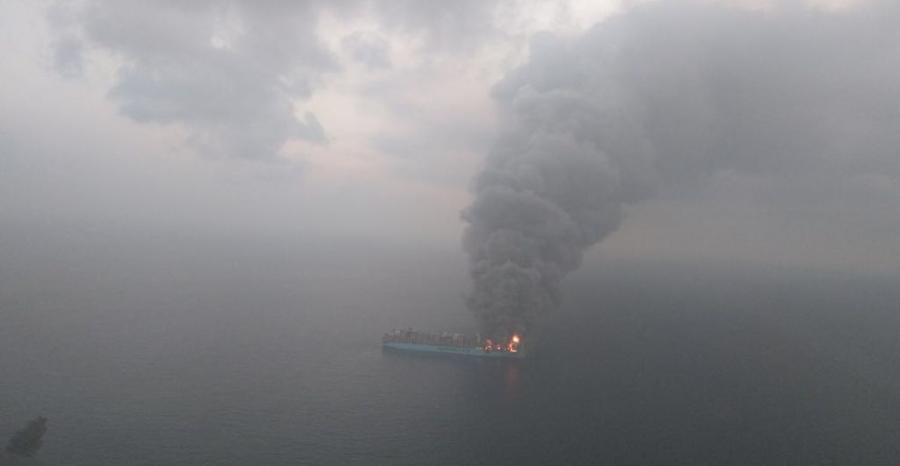 Hopes fade for missing seafarers from Maersk Honam fire
Mar 08, 2018
Hopes are fading for the four missing from the fire on Maersk Honam which has left one dead and two others in a critical condition.

Two bodies recovered from S'pore Strait collision, vessels warned prior to accident
Sep 13, 2017
Two bodies have been recovered out of five missing following a collision between a dredger and a tanker early on...

Search for 22 missing seafarers continues, but hopes fading
Apr 03, 2017
Hopes of finding 22 crew members who have been missing for two days after a South Korean ore carrier sank in the South Atlantic appear to be fading, although the search for the seafarers continue.

USCG search for tanker crew member missing in Gulf of Mexico
Jul 07, 2014
The United States Coast Guard (USCG) is searching for a seafarer missing from an aframax tanker in the Gulf of Mexico.

Barge found but tug still missing in Malaysia, hijack suspected
Jun 23, 2014
A barge being towed by the 2004-built tug, Manyplus 12, which went missing on 13 June  between Sibu and Port Klang in Malaysia...

Boxship and cargo vessel collide off Hong Kong: 11 missing
May 05, 2014
Eleven seafarers are missing from a Chinese cargoship after it collided with a containership off Hong Kong early on Monday morning.

Over 100 confirmed dead in Korean ferry disaster
Apr 22, 2014
Some 104 bodies have been recovered from the sunken South Korean ferry Sewol, with a further 198 missing.
Load More