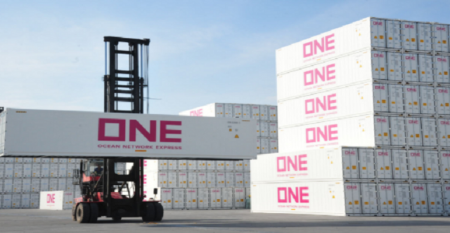 ONE forecasts $6bn profit for H1
Jul 30, 2021
Underscoring the huge turnaround in fortunes for containers shipping financially Ocean Network Express (ONE) booked a profit of $2.56bn for the first quarter ended 30 June 2021.

15% of ONE’s fleet made extra calls for crew change in 2020
Jan 29, 2021
Ocean Network Express (ONE) said that around 15% of its fleet of containerships made extra calls last year to conduct crew...