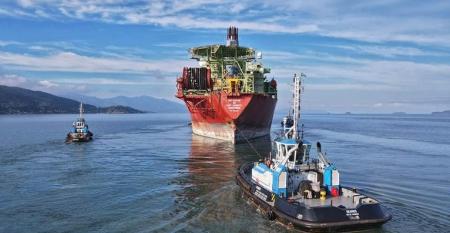 OSV owners still swimming against the currents
Jun 10, 2020
Energy markets have surprised, with a resilient pricing of WTI and Brent oil rising to levels not seen since early March- at...

Sponsored Content
Trade 2.0: How startups are driving the next generation of maritime trade
Dec 03, 2019
Trade 2.0 is an original study by PUBLIC and commissioned by Inmarsat into the critical role of maritime startups and the...

Kuok makes cash offer to take POSH private
Nov 05, 2019
The Kuok Group has launched an offer to acquire all of the issued and outstanding ordinary shares of Singapore-listed PACC Offshore Services Holdings (POSH).

Yinson inks $5.4bn FPSO charter contract with Petrobras
Oct 16, 2019
Malaysia’s Yinson has signed letters of intent with Brazil’s Petrobras for the provision of a FPSO under a 25-year charter worth $5.4bn.
Load More