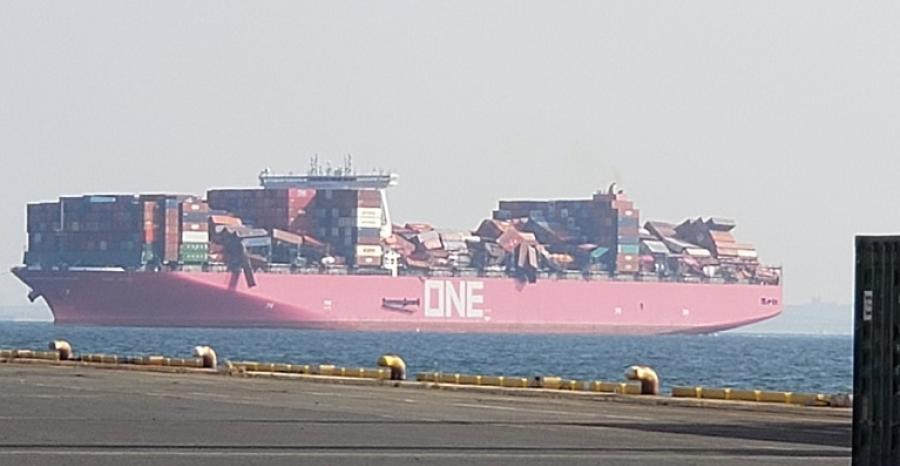 Calling the modern Mr Plimsoll
Jan 12, 2021
If you are looking for a defining image of 2020, it is hard to escape those appalling pictures of the ONE Apus entering Kobe harbour with...

Not a ‘Pacific’ ocean at all
Dec 09, 2020
Winter in the North Pacific is not a place for the faint-hearted, but the scene of devastation aboard the ONE...

Is vessel size a factor in collapsed container stacks?
Dec 07, 2020
Last week saw one of the largest loss of containers from a vessel in recent years with the ONE Apus suffering loss or damage to an estimated 1,816 boxes in severe weather while crossing the Pacific on 30 November.

Storm damaged containership ONE Apus headed for Kobe
Dec 04, 2020
The boxship ONE Apus which suffered the loss or damage of over 1,800 containers in a severe storm in the Pacific is headed to the Port of Kobe, Japan

Second ONE boxship suffers container collapse sailing to Long Beach
Dec 02, 2020
A second Ocean Network Express (ONE) vessel ONE Apus has suffered a collapse of containers on the transpacific trade while...