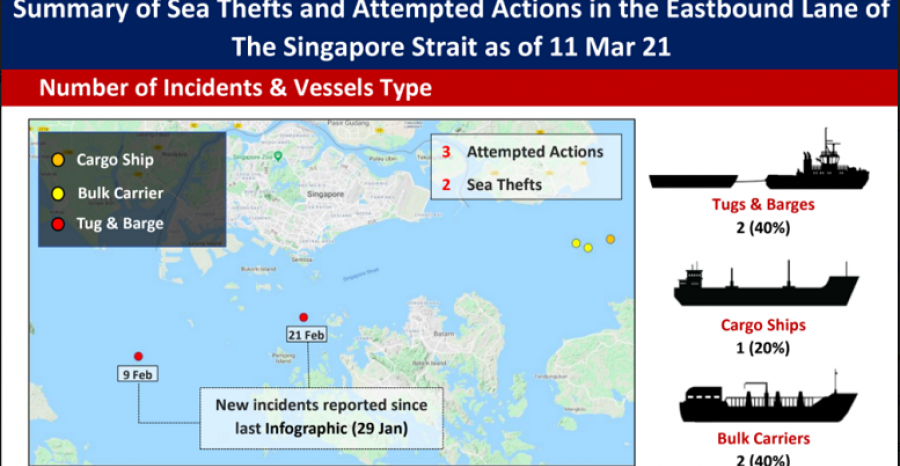 Armed robbery and piracy incidents up 32% in Asia last year
Jan 15, 2021
A 32% rise in actual incidents of piracy and armed robbery last year could resulted from economic hardships...

Two tankers avert pirate attacks off West Africa
Nov 09, 2020
Two tankers transiting West Africa have successfully averted attacks by pirates on their crew, even though one of the tankers was boarded.

Three bulkers targeted by robbers over three hours in Singapore Strait
Oct 27, 2020
Three incidences of piracy against three bulk carriers have occurred over the weekend in the Singapore Strait, according to an update by ReCAAP Information Sharing Centre (ReCAAP ISC).

Piracy and armed robbery incidents in Asia almost double in H1 2020
Jul 16, 2020
The number of attacks on ships in the key waterway of the Singapore Straits doubled in the first half of the year to 16...