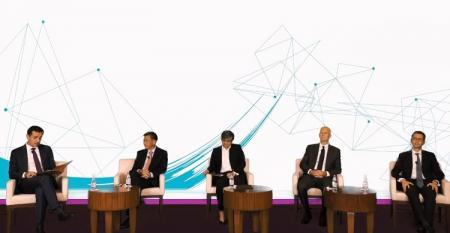 Panamanian ports post 5.3% growth in 2020
Jan 25, 2021
Panama port activity not only rose by 5.3% last year but also registered the highest volume ever with 7.73m teu despite a lock down for several months and other restrictions.

HMM in Singapore jv container terminal with PSA
Sep 03, 2020
South Korea’s HMM has become the sixth container line to enter into a joint venture terminal in Singapore with PSA.

Singapore ramps up training for growth post-pandemic in ‘resilient’ maritime sector
Aug 26, 2020
Singapore says its maritime sector has remained relatively resilient in the face of the Covid-19 pandemic and is continuing to...

Shipping, port and shiprepair to remain open as Singapore closes most workplaces
Apr 03, 2020
Singapore’s shipyards and marine industries look set to suspend work for a month as the government closes all workplaces except...

Port of Gdansk embarks on massive $3.1bn port development programme
Nov 05, 2019
The Port of Gdansk is to undergo a huge expansion programme as an outcome of successful high-level meetings between Polish government, port and industry representatives and their Singaporean counterparts last week.

Polish delegation in Singapore to promote ‘Baltic Gateway’ status
Oct 28, 2019
A Polish trade delegation, led by the Port of Gdansk, is in Singapore this week to foster more bilateral trade and celebrate the 50th anniversary of diplomatic ties between the two countries.