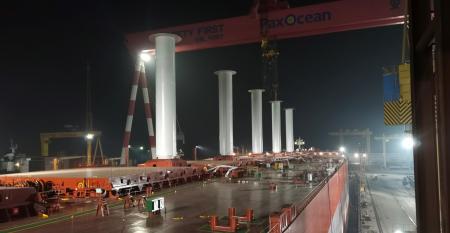 Spot Ship - reducing ballast days to cut CO2 emissions
Sep 16, 2021
The world’s first green submarine may have attracted the most attention among winners of the UK’s green maritime competition, but in the list of 55 companies there was also start-up software platform Spot Ship promising significant CO2 reductions...

Technology not a limiting factor in shipping’s decarbonisation
Sep 08, 2021
The technology to decarbonise shipping already exists but other roadblocks need to be overcome in terms of upstream and...

Wilson Sons invests in new technologies to reduce GHG emissions
Aug 27, 2021
Wilson Sons, the largest operator of port and maritime logistics in the Brazilian market, has invested to reduce the environmental impact of its operations and contribute to the global effort for climate balance.