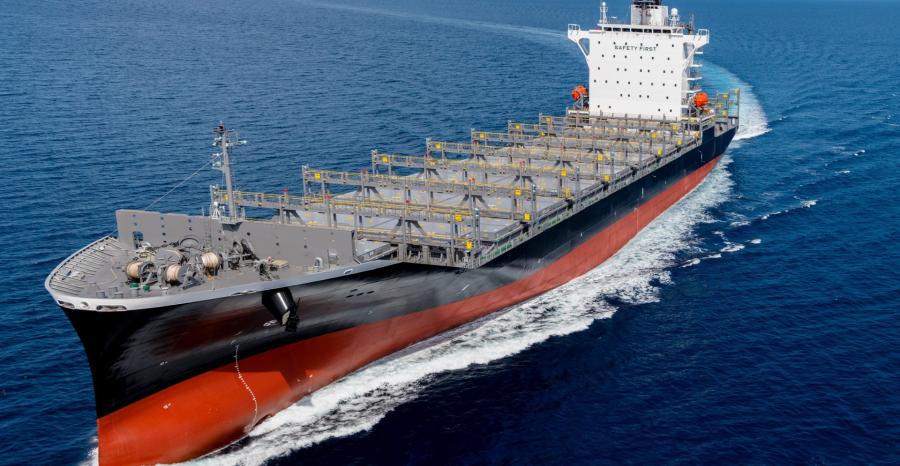 Tsuneishi Shipbuilding opens Shanghai office
Sep 20, 2017
Japan’s Tsuneshi Shipbuilding announced on Tuesday that it has established a representative office in Shanghai, China in a move to strengthen working relationships with Chinese shipowners.

Pacific Basin buying five bulker carriers for $104.6m
Aug 03, 2017
Pacific Basin is spending $104.6m on five bulk carriers to renew and expand its fleet, as the company looks to position itself for a recovery of the dry bulk market.

Tsuneishi tests the use of drones to raise shipbuilding efficiency
Jun 03, 2015
Japan’s Tsuneishi Shipbuilding is carrying out a test on the possible use of unmanned aerial vehicles, also known as drones, to...

Tsuneishi’s Cebu shipyard eyes increased production
May 15, 2015
Tsuneishi Heavy Industries (Cebu) Inc. in the Philippines is aiming to construct up to 30 ships a year as it plans to expand its shipbuilding capacity.

Japanese shipbuilding market continues to pick up: Tsuneishi
Apr 29, 2015
Japan’s shipbuilding business is continuing to pick up in view of the weakened Japanese yen and decline in newbuilding prices, according to Tsuneishi Group.
Load More