Being ‘a part of the solution’ - AET’s dual-fuel journey 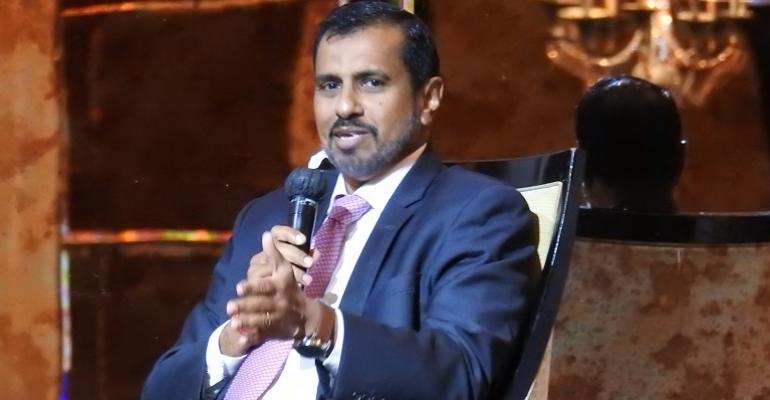 “Do what is right, not what is convenient”, was the call of Capt Rajalingam Subramanian from MISC and AET on investing for the transition to low and zero carbon fuels.

AET was one of the first movers with LNG dual-fuel for large tankers back in 2017 and Capt Rajalingam, COO of MISC and President and CEO of AET, explained the rationale for moving into LNG dual-fuel and investing in ammonia via the Castor Initiative at the Marine Money Singapore Ship Finance Forum 2022, part of Singapore Maritime Week.

He shared that “we should be part of the solution” when it comes to climate change and what the next generation has to deal with.

MISC has extensive experience dealing LNG and he noted the world also had a lot of gas. While many refer to LNG as a transition fuel he believes it a fuel in transition with future options such as bio-LNG.

“We knew that being a first mover was not going to give us the commercial returns that we would expect from other asset classes, but with broad shoulders, and we have, we said, ‘we're definitely going to make this decision’,” he explained.

AET got its first two LNG dual-fuel aframaxes in 2017 and has since moved all asset classes in its fleet including VLCCs providing Capt Rajalingam said “proof of concept”.

This gives a solution till around 2030 with current fuels, but the Malaysian shipowner is already looking beyond this with ammonia through the Castor Initiative.

On Monday three Castor Initiative members Lloyd's Register (LR), Samsung Heavy Industries (SHI) and AET, signed a Memorandum of Understanding (MOU) or the development and construction of two VLCCs which can be operated on zero-emission green ammonia. The aim is for the first of these dual-fuel tankers into service in late 2025 and the second in early 2026.

Capt Rajalingam described it as “a line in the sand” with ammonia in their opinion one of the pathways to achieve the 2050 goals of zero carbon emissions.

In a rallying call he said: “I call upon the leadership of the industry to rise up to the occasion and do what is right, rather than what is convenient, and waiting for something else to happen.”