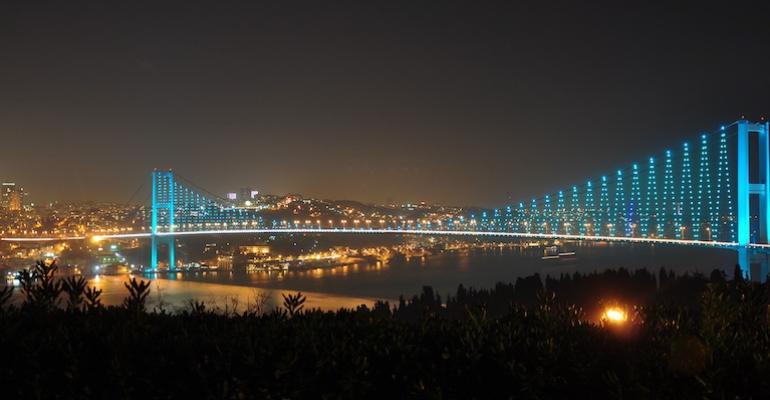 Legitimate exports of Russian crude through the Bosphorus almost ceased yesterday as a request by Turkish authorities for proof of P&I cover on transiting tankers was turned down by major P&I Clubs which are members of the International Group.

Frustrated tanker owners were highly critical of the International Group’s (IG) failure to allow its members to provide proof of mutual insurance cover. But insurance experts affirm that the IG’s position is fully in line with long-established P&I principles and the position of its individual Club members.

On the face of it, the Turkish authorities’ request to provide evidence of suitable insurance cover seems eminently well-founded and sensible. To take a fully laden Suezmax tanker through the middle of a city with more than 20 million inhabitants, for example, should require every possible safeguard, they argue.

Related: Tankers ‘set up for a very good bull run’

However, the International Group exists primarily to protect its members interests in the complex reinsurance arrangements for losses that exceed the Clubs’ own pooled reinsurance policies. Oil pollution is one such risk.

The IG is not in a position to warrant that cover will not be prejudiced under any circumstances. Furthermore, P&I Clubs reimburse their members for payments to third parties only when full due diligence has been undertaken on all of the prevailing circumstances. They are not at liberty to guarantee full cover in advance, or without this knowledge.

The irony of the situation, however, is that the failure to reach a compromise puts Turkey in a significantly more dangerous position. While fully laden tankers properly insured through IG P&I Club members lie at anchor unable to pass through the waterway, less scrupulous operators whose insurance arrangements may fall far short of requirements, provide the necessary documentation from other insurance providers and their ships complete their Bosphorus voyages unhindered. They pass right through the heart of Istanbul, transits that require the highest operational and safety standards from both ships and crews.

The number of blocked cargoes has built up fast over recent days and the halt of tanker transits from the Black Sea to the Mediterranean has far-reaching implications. As Europe’s energy crisis deepens and cold winter weather sets in, access to legitimate crude exports from Russia is very important. And, from yesterday, western shipping companies and their insurers are not allowed to ship Russian oil bought above a price cap of $60. At this stage, it is not clear what price was paid for the oil-in-transit cargoes that are now delayed.

Meanwhile, although crude tanker earnings eased last week, Suezmax rates from the Black Sea to the Mediterranean are still in excess of $150,000 a day. Handy-sized products carriers working clean and dirty cargoes are currently making $100-120,000 a day, according to market sources.

As the number of halted cargoes continues to climb, more tankers out of service could restrict marginal energy supplies further and drive tanker rates to new peaks.