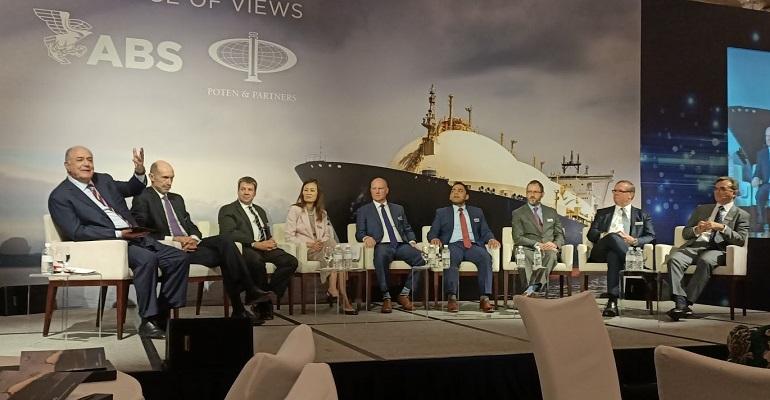 Developing small-scale LNG will be key to growing the sector beyond major power producers and ports, and is seeing increased interest from smaller shipyards, according to senior executives from Poten & Partners and ABS.

Small-scale LNG has received considerable attention in the last few years but is yet to fully take off as a business.

Gary Smith, head of Poten & Partners LNG commercial team, told a seminar, “In developing new markets for LNG we’re running out of Tokyo Electric’s and Tokyo Gas’ and we as an industry need to get more creative in identifying smaller markets, which perhaps not of the same size but in total consume large volumes of LNG.

“In South America, Southern Africa, parts of Asia there are many markets which view smaller volumes of LNG quite attractively and that’s where the focus need to start shifting in addition to the bunkering and shipping markets,” he explained to an audience at LNG seminar organised by ABS and Poten in Singapore.

Smith noted that companies such as New Fortress Energy and Golar LNG, at which he previously was ceo, were “becoming active in that market of breakbulk, small scale distribution of LNG into markets that five years ago they wouldn’t even contemplate”.

“We’re looking at new designs, new yards, new partnerships with maybe some established clients and building out these vessels that will serve these smaller ports,” MacDonald said.

Smaller LNG carriers offer the opportunity to reach a much wider range of ports a fully loaded 174,000 cu m LNG tanker, which is the industry standard. Jefferson Clarke, head of Poten’s Commercial Analytics team estimated that while larger vessels could serve only around 100 ports globally, and were competing with likes of ultra-large containerships, tankers in the 60,000 cu m range could call at some in the region of 300 ports.

“Those ports are often home to power plants fuelled by alternative power such as oil, because product carriers can get in and out of these ports and that’s the sweet spot you are going after with this small-scale process,” he explained.

However, with most LNG export terminals equipped for larger tankers breakbulk redistribution would be required. It was noted that most FSRU’s had factored in ship-to-ship transfers in their design.