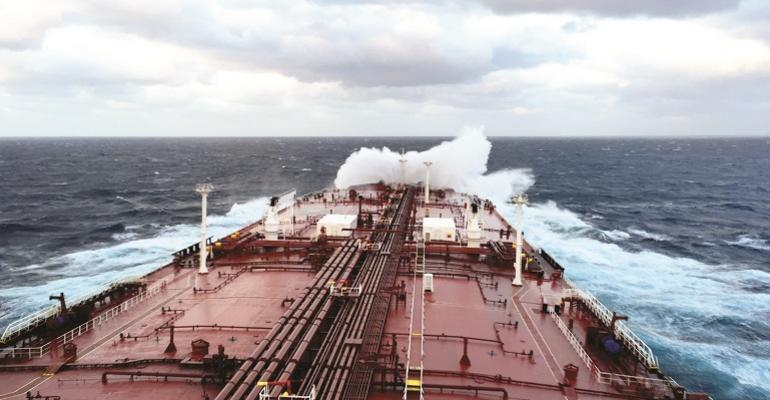 Euronav boss, Hugo De Stoop, expects that a large tanker powered by ammonia could well be on the water by 2025.

Ammonia fuel technology, he said, would be available for both newbuilds and retrofits, an important consideration for owners concerned over stranded assets in the future.

“When do we think we’re going to be ready, or the industry is going to be ready to produce such a vessel? We’re talking about 2024 at best, most probably 2025,” De Stoop told the virtual Argus Green Ammonia Conference last Thursday.

“For large ships, such as those that we own, ammonia is a good solution so long as it is produced in a green way – or at least in the long term, in a green way,” he said. “And I fully agree with the study made by the Global Maritime Forum saying that [its adoption] is more of an infrastructure problem than a shipping one.

“The additional cost that you will have to spend to have a ship that can burn ammonia is, to my mind, not very excessive,” he continued. “And when you look at the volatility of the value of these ships, it’s certainly within those boundaries.”

He outlined for delegates some of the principal challenges. Ammonia’s lower calorific value means that 2.2 times more storage space on board ship will be required, so “we need to find solutions if we don’t want to give away carrying capacity”, he said. “Solutions exist, but nevertheless that’s one of the points we need to address.”

The chief executive of Europe’s largest independent tanker company then identified the issue of tanks. These would need to be adapted, he said, since ammonia has to be stored at -33°C or under pressure. However, he noted that higher spec tanks are already used in the carriage of LNG.

“Ammonia is toxic,” he declared. “So, we’ll need a set of good practice in place and we are working with classification societies.” Having suitable rules was important not only for the safety of personnel, assets and the environment, he said, but also because an incident could lead to reputational damage for shipping and a possible block on the development of other zero-carbon fuels.