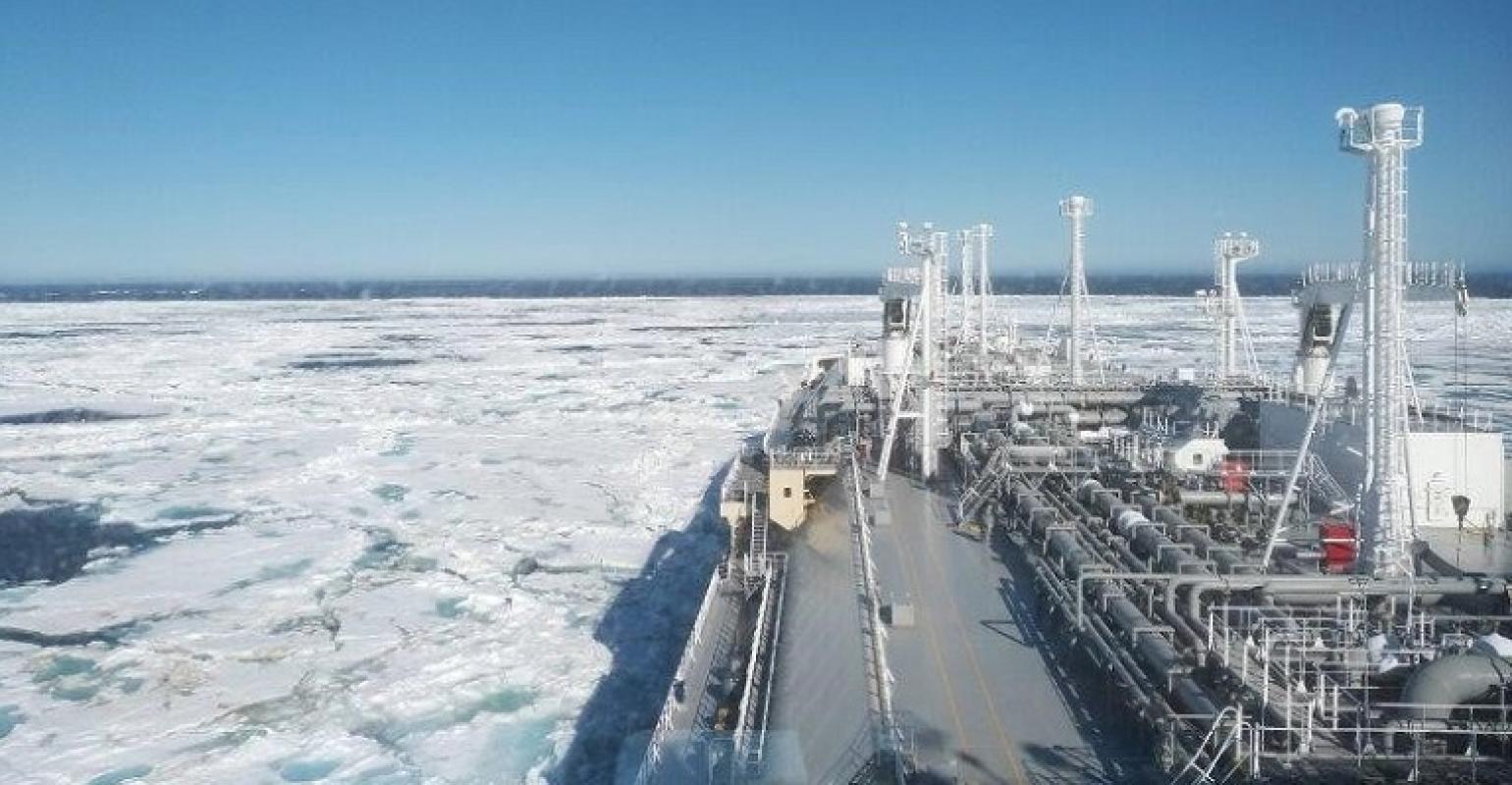 Mitsui OSK Lines (MOL) reports that the ice-breaking LNG Carrier Vladimir Rusanov, has made its maiden call at the LNG Terminal in Ohgishima, Tokyo Bay, becoming the first ice-breaking LNGC to call at Japan.

MOL jointly owns and operates the Vladimir Rusanov with Cosco for the Yamal LNG project,

The vessel departed the Yamal LNG plant at Sabetta port on 29June, sailing eastwards along the Northern Sea Route (NSR) via the Kara Sea, the Laptev Sea, the East Bering Sea, the Chukchi sea, and the Bering Strait.

Although the ice in the NSR “generally melts at this time of year,” said MOL, some ice remained and the vessel proceeded cautiously on this trial voyage, arriving in Tokyo Bay on 23 July.

However, this ‘summer route’ via the NSR involves a sailing of only 4,900nm giving a potential journey time of 14 days at average navigation speed of 15 knots, points out the Japanese company, versus a 13,700nm ‘winter route’ taking 38 days at the same speed via the Suez Canal.

MOL says it will continue actively working towards ensuring stable LNG transportation along the NSR, thereby opening up a new energy supply route to Asia and accumulating a deeper knowledge and understanding of Arctic vessel operations.