Greece and Iran at loggerheads over tanker seizures 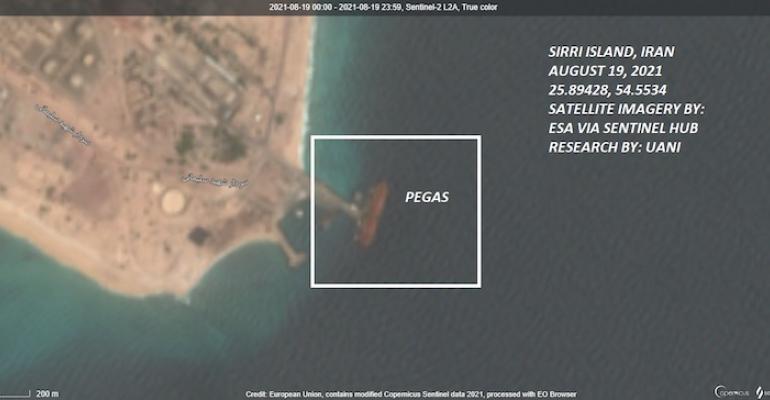 A stand-off has developed over the weekend between Greece and Iran over the seizure of oil tankers in the waters of Greece and the Persian Gulf.

Greece's Foreign Ministry on Friday issued a strongly-worded protest to the Iranian ambassador in Athens over “the violent seizure of two Greek-flagged ships in the Gulf,” that day. “These actions were essentially tantamount to acts of piracy,” it said.

State news agency IRNA reported on Saturday that Iran’s Ports and Maritime Organization (PMO) said that the country had confiscated two Greek oil tankers in the Persian Gulf waters because of “maritime violations.”

The Greek Foreign Ministry said an Iranian Navy helicopter landed on the Greek-flagged Delta Poseidon ship which was sailing in international waters in the Gulf (22 nautical miles off the coast of Iran).

“Armed men then captured the ship's crew, including two Greek citizens,” it said.

A similar incident was reported to have occurred on another Greek-flagged ship with seven Greek citizens on board, close to the Iranian coast, the Ministry said, without naming the vessel.

A statement by Polembros Shipping Limited on Saturday said that its vessel, the MT Prudent Warrior, which was under its management, remained detained in Iranian territorial waters.

“Earlier today vessel’s master and members of crew managed to communicate with Polembros advising that they are in good health and are treated well,” it said. “The managers are in constant cooperation and communication with concerned parties and authorities for subject incident.”

Delta Tankers, managers of the Delta Poseidon, has a fleet of 31 tankers totalling over 5m dwt under management according to its website.

Reuters said that in May, the Greek authorities impounded the Iranian-flagged Pegas, with 19 Russian crew members on board, near the coast of the southern island of Evia due to European Union sanctions.

The US Treasury sanctioned the vessel in February, while US think tank United Against Nuclear Iran (UANI) said that during 2021, Pegas had transported just over 3 million barrels of Iranian oil, with over 2.6 million of those barrels ending up in China.

UANI said that in 2017, Russia entered into an agreement to sell rebranded Iranian oil on the open market in an ‘oil-for-goods barter programme.’

Confusion exists over the current name, flag and ownership of the Pegas, but Greek publication, eKathimerini, said on Thursday, before the Iranian seizures, that oil was being transferred from a Russian-flagged vessel named ‘Lana’ (renamed from Pegas) to two ships leased by the US.