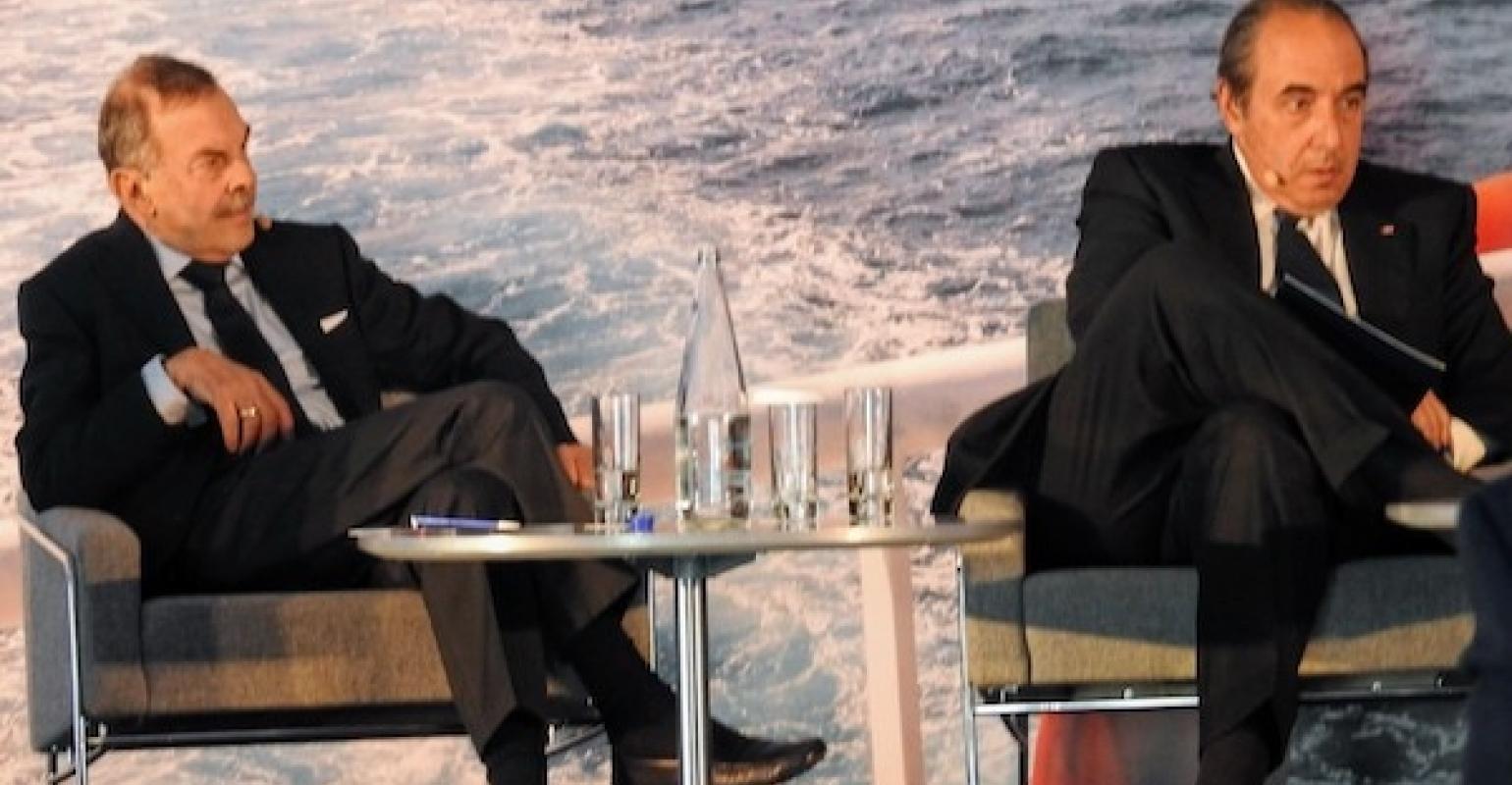 Greek shipowners John Angelicoussis and Peter Livanos
The Covid–19 pandemic seems to have had little impact on the appetite of Greek shipowners as they continue to build up their fleets.

Reflecting Greek shipowners activity in the newbuilding and s&p ring, the Greek-controlled fleet over the past 12 months has increased in terms of number of vessels over 1,000gt, and has reached an all-time high in terms of gross tons (gt) and deadweight (dwt).

According to data compiled by the London-based Greek Shipping Cooperation Committee (GSCC), as of 10 March, Greek interests controlled 4,038 vessels of just on 350.5m dwt and 205.65m gt.

Overall the Greek owned fleet represents 7.1% of the world fleet in terms of ships, 13.3% in terms of gt and 15.8% of dwt. It’s notable Greek parent companies represent 26.5% of the world tanker fleet and 14.9% of the ore and bulk carrier fleet.

For the 34th year the GSCC has presented a statistical rundown on the Greek-controlled fleet based on data provided by IHS Markit. Compared with the previous year, the fleet has grown by 70 vessels, 9.64m dwt and 5.95m gt, including 134 vessels of various types on order of 17.8m dwt.  While the carrying capacity is now at a record level the fleet shipwise is some 110 vessels short of the 4,148 units in 2018, but 8.5m dwt more.

Based on data provided to the GSCC by IHS Markit 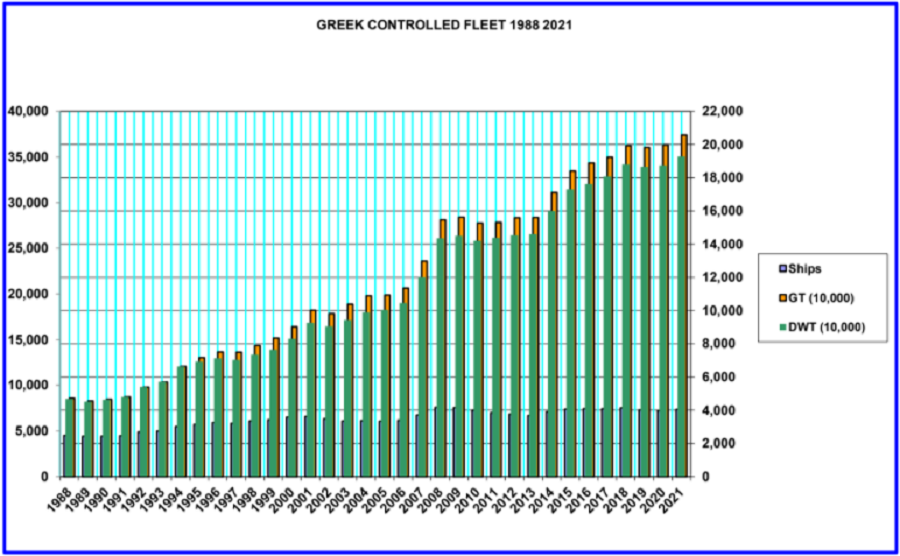 Overall, Liberia and Marshall Island flags are at the forefront of the Greek-owned fleet with 931 and 877 ships, respectively, on their registers. In terms of dwt, Liberia is at 87.22m, representing 24.9% of the total and Marshall Islands is at 71.3m representing 20.3% of the total dwt with Malta next, 658 ships of 61.46m, ahead of Greece in ships but not dwt. Compared with the corresponding time last year Panama has gained 44 ships, Liberia 65 ships, Marshall Islands 27 ships, Singapore five and Bahamas one ship. On the other hand, decreases were recorded in the number of vessels under the Cypriot, Maltese and Hong Kong flags, with losses of 24, 15 and one ship, respectively.

The expansion has been boosted this year and by the time of the release of the survey Greek owners had splashed out some $1.44bn buying  98 ships since 1 January ahead of Chinese interests who have purchased 78 vessels for $871.3m.

China launches one of the most energy efficient VLCCs
Jul 19, 2021